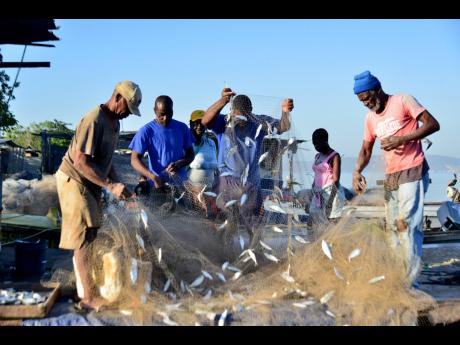 All hands are on deck as a boat returns to shore with the day’s catch. 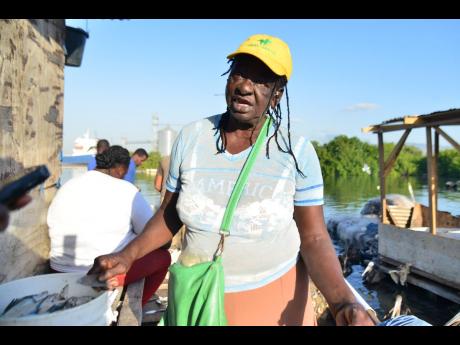 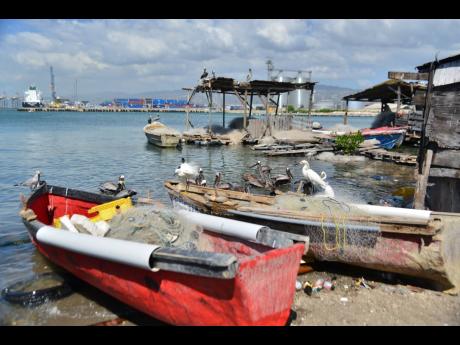 Each wave that comes onto the beach also bring with it, opportunities for persons who flock to the seaside for a living. 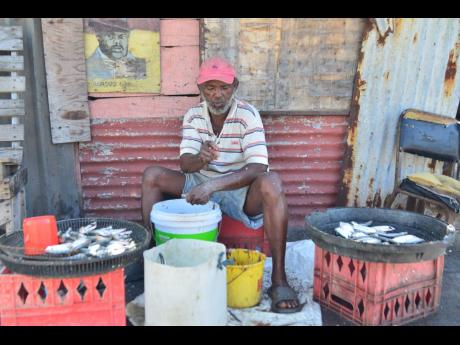 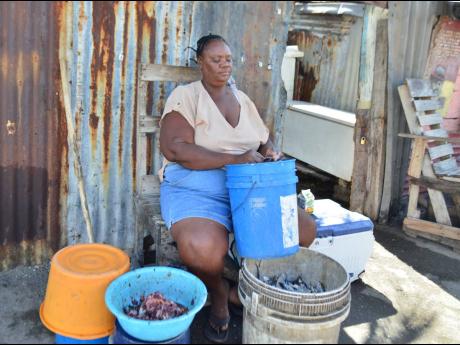 Good hand-eye co-ordination and the ability to scale, gut and clean fish are essential in this line of work, and Ruby Britton does it with ultimate ease. 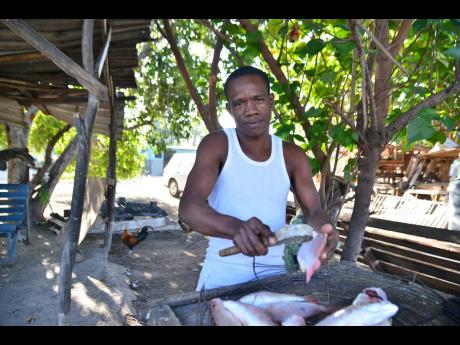 Shawn Butler scales for fish that he caught earlier. 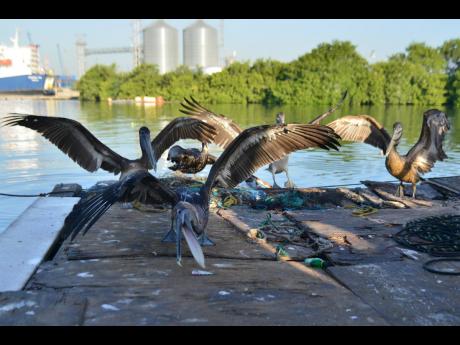 The fishing beach is one place they that birds do not have to work extra hard for their supper. 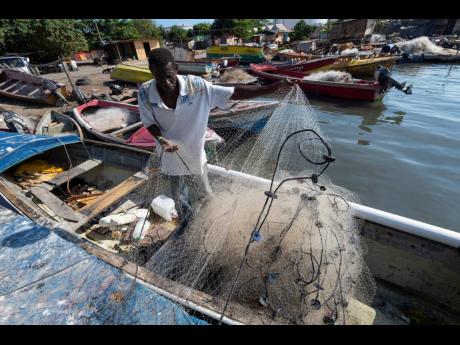 Desmond Davis, 58, has been at this fishing business since age 15. 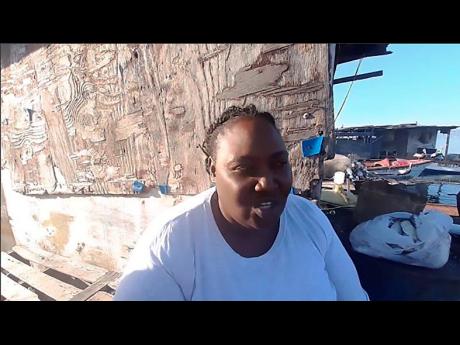 Alvia Holmwood wants persons to view her job in a more positive light. The 31-year-old mother of two said persons tend to turn up their noses at fisherfolk because of the raw odour, blood and guts associated with the vocation.

“They don’t respect us and I would like to see this change. Some people always look down on fish vendors and fishermen like we are nobody, but without us, they would not get any fish to consume. We clean the fish properly for them because they are not going to do it as well,” Holmwood said.

Fishmongers like Holmwood spend much time performing tasks such as removing scales and guts from fishes. When THE STAR visited the Greenwich Farm location early Monday morning, just after 6:30, the briny smell of raw seafood filled the air as Holmwood and other vendors swarmed around a boat that had just returned from sea, seeking to make their purchase.

But the fishing beach is not just for human. Several dogs, common fowls, pigs and pelicans took up strategic positions on the beach, waiting for fish guts to be spilt or rotting catch to be discarded. This is the one place they are certain will provide a meal for their stomachs as food is in abundance. They are often fed by the fishmongers, who are hooked on this trade.

To be a fishmongers, one requires no formal education. For the most part, all that is required is good hand-eye co-ordination and the ability to scale, gut and clean fish. They also need to be able to become nose blind to the unpleasant scent that appears to take up permanent residence around fish markets.

Holmwood said she knew what she was getting into when she decided to enter this line of work, fresh out of high school with three CXC subjects under her belt.

“A lot of people downgrade this trade because of the smell. They say it’s a dirty job because of the blood and rawness, but no job is dirty once you are working your honest bread. Bleach, soap, body wash will get rid of the raw odour and I am good to go,” she said.

Another tough aspect of the job is getting hurt from fish bones, which often pierce their fingers.

Holmwood has experienced that many times. She said that she has been hurt so badly that she has had to go to the doctor. But hers is a labour of love.

“It is very hard work because we get less sleep than the average person. My day starts at 4 o’clock where I prepare the kids for school and leave for the beach at 5 o’clock to get my load so I can go to ‘town’ to sell. Sometimes I don’t leave town until about 5 o’clock (p.m.). and go back to seaside by 8 o’clock (p.m.), then leave sea side about 1am and just catch a few hours sleep and do it all over again,” she said.

Similar sentiments were echoed by 68-year-old Barbara Watson, who gets up before the sunrise to make her daily purchase to supply sections of Waltham Park Avenue.

“I wasn’t working but in 1981 I get some money and I just go by the seaside, buy some fish and start sell fish. Mi son died in England and is the same money that I get from selling fish that I used to go for his body a England and come bury him here,” she said.

But as much as Watson loves her job, dishonest buyers often leave her on the brink of tears.

“A man come to mi in a nice car and stop and ask mi how much a pound for mi fish. Him order three pounds and him give mi a ‘bad’ (counterfeit) $5,000 and mi give him back over $3,000 change, and is when mi reach home mi realise say is bad money. Mi did feel really bad because mi never have nuh money enuh, but is just so it go,” she said.

Listening on as he assists other fishermen to take hundreds of sprat from a net was Ralston Williams.

He beamed and spoke about his job with pride, explaining that while it is a dangerous trade, he could not see himself doing anything else.

“The sweetest part a the sea for mi is when sea breeze a blow hard and mi a go a sea, That is the most dangerous part but mi love it. Mi nuh get nervous because when yuh use to something yuh cant get nervous,” he said.

Williams said he goes out to sea as early as 4 a.m. adding that he has been fishing for about four decades.

“It wasn’t a family trade or anything enuh, mi just used to tief way from home as a little youth and was a hustler. Mi used to go school same way but mi did just love fishing. This is my beach and I love it here but sometimes mi will go Old Harbour Bay and spend a few months, but mi always end up back here so,” he said.