Has Jamaica gone to the dogs? 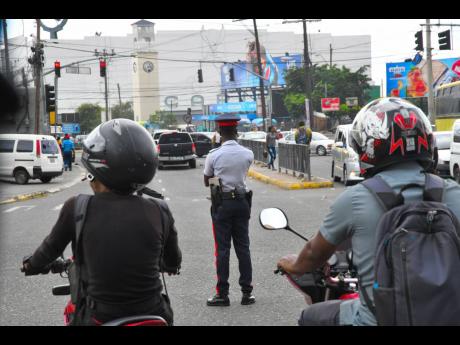 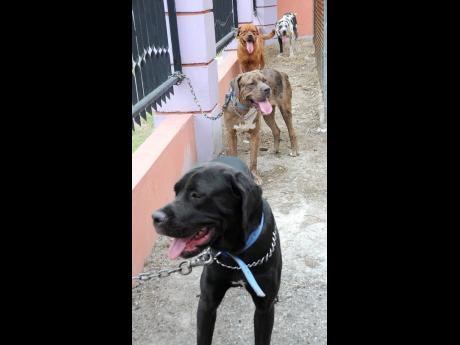 Have we completely come off the rails in Jamaica? I have always feared the day when we would become a completely lawless society, in part because of the lack of enforcement of existing laws, but it seems like we are already there.

While driving along Molynes Road one day this week, three taxis overtook me simultaneously on my left and on my right. Hard to believe, isn't It?

If I wasn't sitting behind my steering wheel with my jaw next to the gas pedal, I would have said it was impossible.

This is the same Jamaica where at least one life was lost this week because of a reckless cab driver.

This is the same Jamaica where I witnessed the reckless driving by taxi drivers while a policeman stood nearby leafing through the pages of his ticket book.

I was wondering why he was even there, because the chaos was happening all around him and he was as much a spectator as I was. The only difference was that I was seeing what was happening and he clearly wasn't.

He wasn't alone in his derelict behaviour. There were several occasions this past week when I witnessed drivers violating all kinds of traffic laws with a police vehicle within the immediate vicinity, and not once did the police officers inside those vehicles act to enforce any of the laws that were blatantly violated.

What I see happening is people pushing the envelope of what they can get away with. This is how it begins. It is like a child who keeps testing the limits of what his or her parents will allow.

Once the parents remain silent, that child will keep on pushing until he or she crosses the line of what is deemed unacceptable.

People keep pushing and we are at the point now where there is no envelope. Anything goes.

Order is the thing that keeps us from running around killing each other for sport.

Is this the Jamaica we want to leave behind for our children?

Jamaica used to be a place that people enjoyed. Some of the most influential people in history were inspired by our greatness, the impact of our music, our culture, our sports, and our intellectual capacity.

However, it will not be long before all that will be diminished by what is a society steadily and rapidly moving away from those characteristics that made us great.

The history created by Marcus Garvey, Bob Marley, Mary Seacole, Dr Arthur Wint, Herb McKenley, Monty Alexander, Shaggy, and Usain Bolt is now at risk of being relegated to the pages of history books only.

Maybe we don't know that great history, maybe we don't care, but we never know a good thing until it's gone. At the rate we are going, we will soon begin to find out.