Boyfriend won’t have sex with me 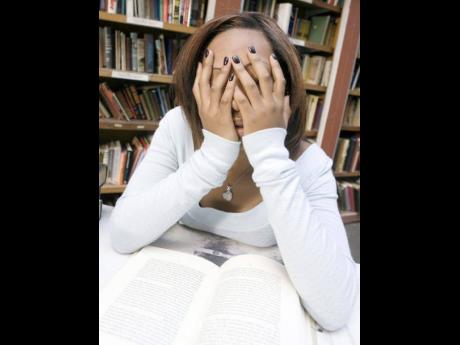 I will soon be 24. I was hoping to find a boyfriend, and I eventually found one who is a Christian, but I am not. I asked him what he saw in me, and he said beauty.

I don't know how long this relationship will last because the things I like, he does not like, and the places I go, he does not go. I like dancehall music, but he does not dance.

He told me that I would have to cut that out. I don't see how I can cut that out. I wrote him a long letter, and I tried to express myself, but he did not seem to understand.

I have been sexually active since I was 16. I told him that he should leave me because I am not good enough for him. He told me that if I should leave him, he would not get married to any other woman. My parents like him because he is quiet.

NOT A GOOD INFLUENCE

My mother thinks that I am rowdy. This guy and I have never had sex. I am trying to behave myself. All the other guys I know who were in love with me and who took me to bed believe that it is only a matter of time before I leave this guy.

I told him that if we continue to be together, I might cause him to backslide. He is too good a man not to have, but there are some times that I want to have sex, and I don't know what to do.

I have my own room at my parents' house. One night I was at home and I called him and asked him to come over. I prepared myself for him. I have my own entrance although I live with my parents.

They don't have anything bad to say if men come to see me, but when my boyfriend came and saw how I was attired, he refused to enter my room and told me I should go and put on more clothes. I asked him if he was sick.

I was not embarrassed, but he was. I held him, and he told me that he would cry for rape. From that time, we have not been on good terms. He only comes around when I ask for money.

I told him that I was sorry for my behaviour. I don't want him to leave me, but I don't want any other woman to get him. He is 30 years old. What can I do?

This guy and you are not compatible. You have to go and find a man who will roll with you. This young man is trying his best to be a Christian, and the path you are taking will lead him astray.

He told you how he feels, and he is probably hoping that he can change you. Of course, he is making a big mistake. You are not going to go his way. You will keep other men with him. It is only a matter of time.

You want to have sex whenever you feel like, and that night when you called him over, that is what you had prepared for, and he did not yield.

It is time for you to leave the man alone. I repeat: both of you are not compatible. You might not want any other woman to have this man, but let's face it, if you had a son, would you not want your son to choose someone like you as his wife?