Reggae Boy standing up against racism 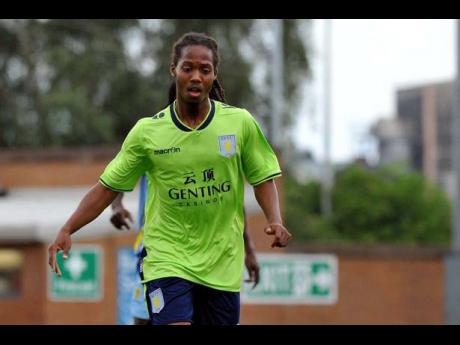 National midfielder Daniel Johnson wants to play his part in ensuring a more racially equal society for the next generation.

Johnson said that it was important for persons to be a part of the solution in changing their behaviour for a more equal society.

"If people don't want to change, then it is going to be very difficult to impose our change, our views and what we think," he said. "And I think change has to come from within."

After the death of George Floyd by police officers in Minnesota, USA, in May, footballers showed solidarity for the cause of racial equality. English Premier League (EPL) players wore Black Lives Matter patches for the remainder of the 2019-20 season, which resumed in July after a four-month hiatus caused by the coronavirus pandemic.

When asked if abuse distracted him during competition, Johnson said that while he has not been a victim, he knows persons that have been subjected to such treatment.

"Personally, no, I haven't been racially abused on the field, but I do have friends that have been really hurt."

Johnson made his Reggae Boyz debut during the two-game international series against Saudi Arabia in November, and scored his first international goal in the 2-1 win on November 17. His club are 11th in the Championship. Johnson has scored three goals and registered two assists in 15 matches played so far this season. He says that the demands of the league are challenging but is targeting promotion to the EPL next season.

"That's our goal. And we are not going to shy away from that," he said.