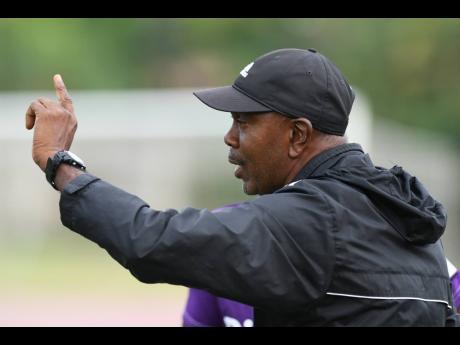 Harbour View FC interim head coach Ludlow Bernard has no desire for the current Red Stripe Premier League (RSPL) to be cancelled because of the coronavirus pandemic.

The local sporting landscape has not been spared the wrath of the virus which has effectively halted sporting leagues and events across the world. In response to the two cases that were announced in the island last week, Premier League Clubs Association (PLCA) vice chairman Carvell Stewart postponed last weekend's games with the suspension expected to be extended indefinitely until a final decision is made by the PLCA. Bernard says that the league should be completed in any way possible to avoid complications which can affect the following domestic season.

With four games to play in the regular season the battles for playoff positions and the regular season titles are undecided although the relegation picture is all but certain with UWI FC and Vere United facing the drop. Harbour View last played on March 9, a 2-0 win over Molynes United, to keep their slim hopes of a playoff spot alive.

In ensuring that the team does not lose focus during the hiatus, Bernard has instituted individual workout programmes for his players to do from home while in self isolation as they seek to prevent the spread of the virus. Training sessions in small groups are also being planned and Bernard hopes that the measures will keep his team focused until when the league returns.

"We have taken the initiative to do this because we don't want to be caught with our pants down whenever the league resumes," he said.