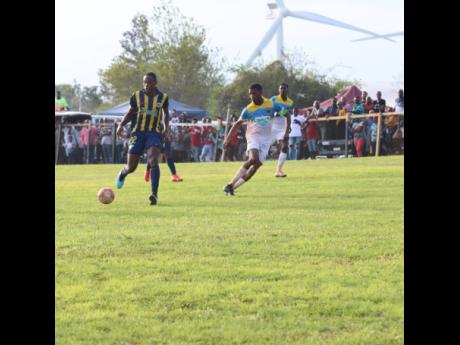 Six games will be contested over four groups today, the last day allotted for rescheduled and late fixtures in the ISSA/WATA daCosta Cup as two former champions fight to advance to the second round.

They are hoping Maggotty High, who are two points ahead of them, drop points in their match against Sydney Pagon High at Appleton Sports Complex. Both Munro and Maggotty have a goal difference of five and could end up locked at 22 points which all the more make these encounters exceedingly exciting.

Maggotty with 12 goals from their 11 games have scored two more than the Malvern-based school. Munro may still be able to get into one of the two best third-place spots with a win barring Maggotty's result doesn't go in their favour.

Another former champion Herbert Morrison have also found themselves facing elimination as they will need to beat William Knibb today in order to advance to the second round. They currently sit third in Group C with 11 points, two points behind Cedric Titus who have already played the full fixture of games.

Herbert Morrison will have to be at their best to register a win over the group winners, who trounced them 4-0 in the first-leg encounter and are now seeking another win to amass as many ranking points as possible. The 1986 and 88 champions are expected to play with even more vigour as they will look to avenge their recent embracing home defeat.