Raul Davis, a man of many tongues 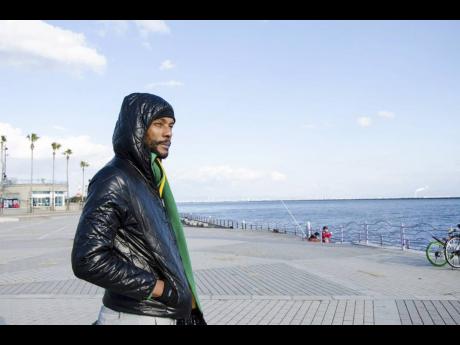 Raul Davis is versed in several languages, a talent that grew from his curiosity in foreign tongues while living in Smithville, Clarendon.

Davis, 37, is a language interpreter and translator. He is fluent in English, Spanish, French, Portuguese and Japanese. He believes that learning other languages allows individuals to become more marketable, being able to gain economic rewards outside of Jamaica.

"When I left university (The University of the West Indies) in 2006, I was chosen as the Jamaican and Caribbean representative for an internship in Washington, DC and I had to use my knowledge of Spanish, French and Portuguese. Each new language you add, another door is open, another world of possibilities -- whether to advance one's studies or to climb the professional ladder," he said.

And while Davis is reaping the rewards of multilingualism, he admits he gets the languages confused at times. But one thing he is not confused about is his belief that Jamaican Patois should become an official language. He said that Jamaican Patois is invaluable, due to its African historical background, synonymous with the Caribbean identity.

"The sad thing about it - and I don't think Jamaicans realise - is that Patois is actually a legacy, it is a survival, and Patois is our African ingenuity. I do think it should become a language," he said.

The Glenmuir High alumnus told THE STAR that while there are negative connotations with Patois, where it is considered a 'broken language' and 'bad English', there still needs to be more done for the standardisation of the language.

It is for that reason Davis is advocating for Jamaican Patois to be taught in schools to allow for better and greater understanding of expressions. He noted that the late Louise Bennett-Coverley used it to express 'true Jamaicaness', an aspect of culture that is missing from society.

He hopes that some day, more Jamaicans will be bilingual, should Patois be recognised as an official language.

"Bilingualism exists all over the world and they are mutually exclusive. You can learn both English and Patois, and while learning Patois, it should give a sense of confidence to express yourself in different ways," he said.

Davis, who holds a Bachelor of Arts Degree in Spanish from the UWI, is currently learning Swahili and Haitian Creole.