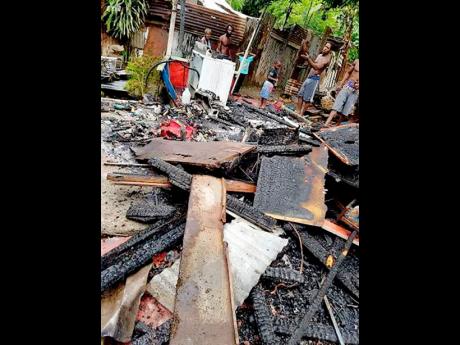 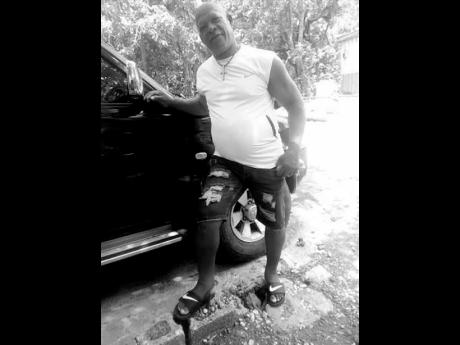 It has been a series of unfortunate events for 55-year-old Simicie Branton. Following the burial of his mother in May, he is now left without a safe haven after fire gutted his home in Morant Bay, St Thomas, last Saturday.

Stressed out with nowhere to turn, Branton expressed that he was on the verge of recouping the expenses of his mother's funeral.

"When I sit down and look back, I have to say why me God, my mother funeral was $310,000 and is me and my sister alone stand that. Me get over it and say well, time to move on because mommy gone and not even 80 per cent me nuh gone yet. Me a pick up the pieces and then me get a call say me house burn down. Jesus man me feel it," he told THE STAR. "I'm telling you the two incident lick me in my head. A fight me fight to hold it together."

Branton was seemingly still in a daze after the life-changing ordeal, which destroyed all his assets.

"I work night and day to get my things and see that I just lose them like that," he said. "Me work hard for my things and me lose all my furniture them."

Branton said he also lost a large sum of money that was stashed away in the house. He was on his way home from work in Kingston when he got the undesirable call that his place was ablaze.

"I was on a bike and when I got the call, I hang up same time and try to reach the house because I was close by. When I reach and see everybody a throw water on the house, me a tell you say me freeze. Me couldn't believe that everything for me flat," said Branton.

The construction worker told THE STAR that he has hope of rebuilding, but even his tools were burnt.

"Everything flat so it's not like me can help myself now because me nuh have nothing, and the tools would be the most important thing," he said.

Branton is willing to pick up the pieces but he is without a stream of income; he has lost everything.

"One shirt me have pon me back, wash and wear, so I don't know what I'm going to do right now. A bare headache me have and all that I'm doing for it to go down, it's not working. A just depression," he said. "Me just need some help because it would be a great Almighty God thing that somebody could stand up for me and help me to get back on my feet. I would appreciate anything I can get because it would help, trust me."