OUR to shed light on high JPS bills 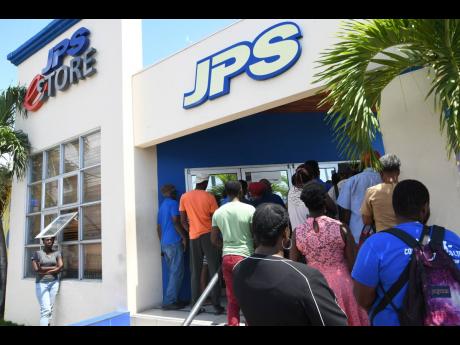 Subsequent to the mounting complaints about high electricity bills being issued to customers from Jamaica Public Service (JPS), the Office of Utilities Regulation (OUR) is set to break its silence on the matter sometime today, according to Elizabeth Bennett Marsh, OUR public education specialist.

For some time now, the energy provider has come under fire for saddling users with high electricity bills. However, more attention came after two public figures called them out over the past week regarding the issue.

"I've heard the complaints of so many about huge #JPS bills. Now I have received one which is totally out of whack with my pattern of consumption, with absolutely no change in use that could cause an over 1,000 percentage increase in the bill," she tweeted.

Similarly on June 9, Olympian Asafa Powell tweeted that his bill jumped by more than $20,000 each month despite having a solar system, and cutting back on certain activities. The sprinter noted that despite the measures, the bill actually climbed higher after the initial increase.

"This is deliberate by you guys, plain and simple," Powell said

Several Jamaicans have filed complaints about the crippling bills they have been receiving since the partial lockdown of the country due to COVID-19.

A petition was even launched to indict the company. The petition, which was started two weeks ago, is now 300 signatures shy of 50,000.

Petra Hines, who started the petition, expressed that Jamaicans need to take a stand.

"Enough of high JPS bills, almost every homeowner uses electricity provided by JPS. The company enjoys market monopoly and therefore has opted to keep Jamaicans impoverished with its exorbitant and cruel business ethics," she said. "It is time to take a stand against the uncaring monopoly."

"We are having conversations with our customers about their usage and helping them to identify any change in the trend of their usage. We are also addressing it from the technical standpoint, by investigating meters and any related infrastructure if this is required," she told THE STAR.

Williams explained that the company has yet to see any specific issue which has resulted in the high charges.

"Every case is different. In some instances, once the conversation is had, customers are able to identify, on their own, the areas in which they have been using more electricity - whether due to children being at home, or they themselves staying in more - due to the absence of a nightlife or other activities," she said.