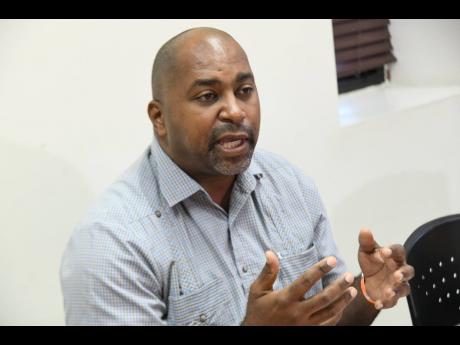 Julian Robinson, member of parliament for South Eastern St Andrew, fully supports the motion to rename Lady Musgrave Road which is part of his constituency.

"I do believe that symbols and structures are important, and while we should never forget our history, we don't need to perpetuate the name of someone who was clearly racist," Robinson told THE STAR.

The calls to rename the road have taken on new life, with persons signing a petition.

The history attached to Lady Musgrave Road has touched a sensitive nerve among Jamaicans, after learning that the wife of then Governor of Jamaica, Anthony Musgrave, had the road built as an alternative route to avoid passing the Devon House mansion, which was owned by one of the first black millionaires, George Steibel.

As the world speaks out against racism through the Black Lives Matter protests, Jamaicans are again seeking to erase the racist history attached to the roadway.

Kadeja Fairclough, who started the petition on change. org, stated that the name 'Lady Musgrave Road', "should make every single pro-black and well-thinking Jamaican discontented".

"It is high time that the country of world legends and icons of the pro-black movement right that atrocity by renaming the stretch of road currently called Lady Musgrave Road, to a more patriotic, pro-black, pro-Jamaican, anti-colonial name," she said.

The petition currently has 205 signatures. In order to be used as a basis to challenge the Kingston and St Andrew Municipal Corporation to change the name, the petition needs 500 signatures.

Robinson added that he is willing to make the necessary moves towards a change.

"I am willing to move a private member's motion in Parliament," he told THE STAR.

Lady Musgrave Road runs from Hope Road opposite the governor general's residence, and connects to a section of Old Hope Road, leading to downtown. It also intersects with Oxford Road, that leads into New Kingston.

The roadway is a part of the popular business district, which houses entertainment venues, restaurants and various offices.