Big business out of Yallas Ponds 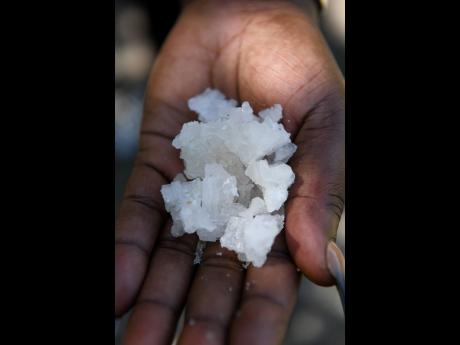 Salt that has be mined from the Yallahs Ponds, St Thomas. 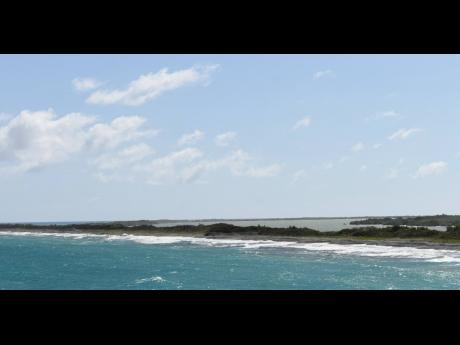 The Yallahs Ponds in St Thomas. 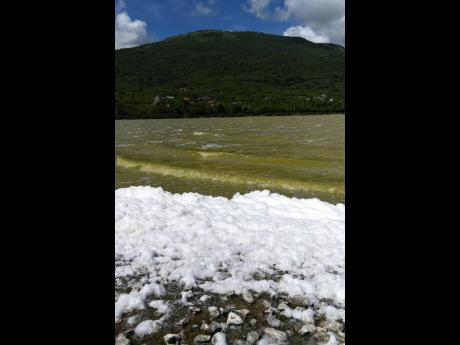 Inset: The residents say the froth is what brings the precious salt they use to earn a living.
1
2
3

While the Yallahs Ponds in St Thomas may seem like just bodies of dirty water to many, it is quite the opposite for the residents of Green Bay Fishing Village, who are making thousands of dollars from the froth of the ponds.

"The froth from the pond turn into salt and it is very useful. Sometimes I get a whole barrel from it and mi sell it back, from $500 up. People use the salt for different reasons, such as to corn pork, mackerel and other foods. Farmers give their pigs it, so this way dem drink whole heap a water," Lena Carey said.

She and her family have been living in the middle of the shores of the Yallahs Ponds and the Green Bay Beach.

In addition to selling bags of coarse salt produced by the ponds, Carey also has spiritual uses for the mineral.

"When mi did a build mi house, mi sprinkle it in the foundation with the fowl blood, so this way it ward off evil spirits. A years mi live here and mi never see a ghost yet no matter how much story mi hear about the ponds. The only ting mi see there is crocodile and fish," she said.

The fables of the ponds are quite intriguing, especially since the water frequently changes its colour.

Some say the ponds were created after a dispute between two brothers in love with the same woman. According to that story, the older brother married the woman, but one afternoon when he travelled to Kingston on business, his wife and brother slept together, betraying his trust.

Upon hearing of the dastardly deed, the older brother began to cry himself to death, and his tears fell into two salty puddles that drowned both the wife and the brother.

Another story is that two brothers were fighting over inherited lands that sank to sea level, thus becoming ponds.

The benefits of the Yallahs Ponds do not stop at just providing salt, but several times a year, hundreds of fish, which the residents can either sell or eat, are washed up on the land.

"Sometimes the water gets really hot. Hot to the point where it will burn you. So this is how the fish die and they wash up on land ... a mean a whole lot of them. Some people will sell them, while it provides food for many others. The pond is really good, eno," said Kizzy Mills-Burger.