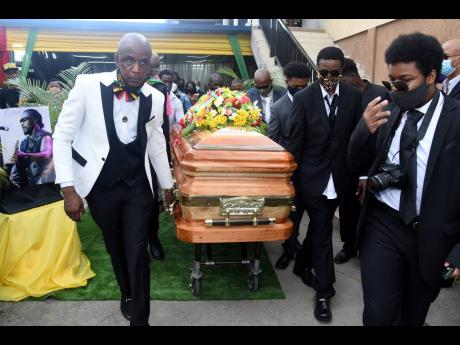 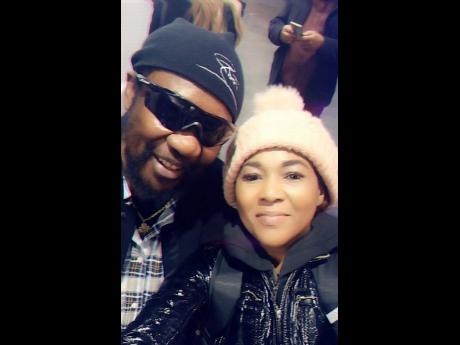 Gospel singer Jenieve Hibbert-Bailey, daughter of music icon Frederick 'Toots' Hibbert, is praising God for what she terms "answered prayers" after her father's burial had to be abandoned yesterday because the burial order could not be found.

"God intervened!" she told THE WEEKEND STAR. "Me and Wilbert (Toots' nephew) and other family members have been praying and fasting about this situation because we wanted Daddy to get a proper funeral. The Hibbert family has been hurting, but we decided that we were going to use faith, because faith moves mountains. To God be the glory. He answers prayers," an ecstatic Hibbert-Bailey said.

Jenieve, Wilbert and other members of the family wanted Toots to be buried in his home town of Treadlight in Clarendon. However, Toots' widow, Doreen, the mother of seven of his eight children, planned the funeral for Dovecot. The 77-year old Toots and the Maytals frontman, died on September 11, two weeks after testing positive for COVID-19.

Owing to Government-imposed restrictions on funerals, the service was held on the grounds of Perry's Funeral Home in Spanish Town, in its chapel.

Had the burial order

But when the undertakers took the 54-46 singer's body to Dovecot, it was discovered that none of the family members had the burial order.

"They searched for it, but it was futile. The burial order just could not be found," a source told THE WEEKEND STAR.

The hearse, attendants, and the officiating minister were parked up at Dovecot for over an hour waiting patiently for the family to produce the required document, but it was all in vain.

As a result, the body had to be returned to the morgue, because there can be no burial without the presentation of the burial order.

Peter Perry, owner of the funeral home, told THE WEEKEND STAR that "I realised the burial order wasn't there during the service", but refused to say more on the matter.

Wilbert and the rest of the Hibbert clan from Treadlight were not present at yesterday's service, and neither was Jenieve, whose name was on the programme to do a tribute.

"It was a very difficult decision, but it was one that I had to make. I came to Jamaica to honour my father because the Bible says, 'Honour thy father and thy mother', and so I could not attend the funeral prepared by my sister. Daddy was a people person and he was always very respectful of the people who helped to put him where he was. He has a legacy, and this was built on his hard work, and I cannot do anything to discredit this legacy. He deserves to be properly honoured, and a private service could not do that," Jenieve said.

At Thursday's short service, three of Toots' children Clayton, Emley and Leba, all paid tribute in song, via the playing of their pre-recorded vocals, while musician Cat Coore did a video recording of himself and Rupert Bent playing Always Around.

Singer Pam Hall was the only live act. She and Maytals band member Jackie Jackson were the only members from the music industry who were present. There was no representative from the culture ministry.