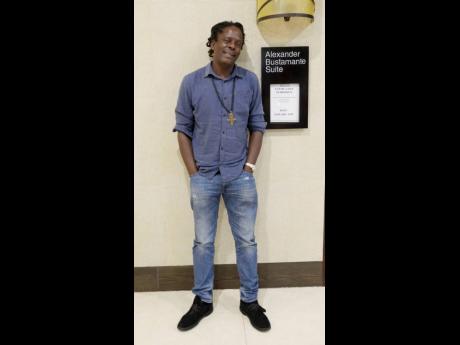 Richie Spice was one of the few reggae entertainers to show their face at the recent staging of the Jamaica Live Music Symposium with Pandora, a popular American streaming platform.

The artiste, known widely for tracks such as The Plane Land, Marijuana and Earth A Run Red, told THE STAR that there have been several times he has heard that his songs were doing well but never knew.

"We're talking about songs recorded for a while," he said, "Like one I recorded for Mixing Lab producer Fatta (Lynford Marshall) couple of years ago. Eventually, I hear seh it playing for me in foreign, but I wondered which song because I never record any song of late."

He said its newly earned success is due to it being distributed to streaming platforms.

"The producer did some more to the recording and it's really going good. I am still learning how I make the link; artistes at times don't have the time to do the body of work," Richie Spice said of marketing and promoting music.

aim of the music symposium

Richie Spice explained that with the introduction and accessibility of streaming platforms, new and old productions, including his lesser-known hits, have a chance to re-circulate, garner new listeners and also provide income; this was the focus for the music symposium.

The panel discussion was focused on the developments in the music industry and how to be build a sound foundation for sales, stream, downloads and playlists on digital platforms.

"There are several who try to do it on their own, but sometimes you have to dip into our pockets to pay someone to do it for you. For it is necessary to get the music out there, and there are so many mechanisms in place further than what someone can do independently, especially when it comes on to streaming," said Richie Spice.