Fathers should be honoured, too 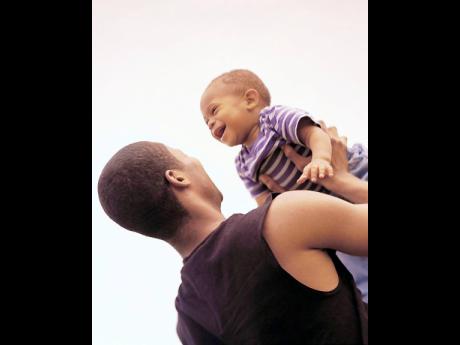 Greetings and love to all of my loyal readers, and welcome to di new one dem! I hope the good, great and extraordinary fathers were celebrated to the maximum yesterday, Father’s Day.

We have a bad habit that we need to eradicate from our culture, where Mother’s Day is a whole a chicken prepare, yet on Father’s Day is a piece of wing cook! Good fathers are of paramount importance to society, family life and the lives of children. Father’s Day matters!

Unfortunately the careless dutty puppa dem overshadow the efforts, hard work and dedication of the ‘Super Dads’ out there. This narrative needs to change, and it will require the input of men and women.

The bashing of careless fathers on Father’s Day need fi stop! Bash dem pon Tuesday or vent Thursday! Father’s Day a fi di good fathers dem because truth be told, mi nuh really see nobody a bash the wutliss deadbeat mother dem on Mother’s Day. Put some respect pon the good father dem name! They deserve it. A man should not abdicate his responsibility to his children, whether or not he is romantically involved with the mother. Pickney fi get tek care of, regardless. Money is not the only way to demonstrate that a man is a good father.

Some woman not talking the truth. Dem did hear seh di man dutty, nuh mine him pickney dem, and yet dem run in gone join the line. When problem tek dem, dem want to blame the man alone. Some women paint a bad picture and plant seeds of hatred in the minds of their children regarding their father, yet dem nuh tell di kids dem ‘bout fi dem dirty deeds. The lights were flashing and bells ringing, and some women ignore them, to the peril of their children.

When di man dem fi get dem beating, dem get it. But when dem fi get big-up, I believe that they should be honoured. Big up the single fathers dem who a plait dem daughter hair, take their son to school and a fight life fi him youth dem. To di man dem who might nuh have a bag a money fi dash out but you’re there for your child, much respect goes out. A mother cannot father a child, and though many mothers have done an excellent job as a single parent, a great father cannot be replaced. Nuff woman contribute to a lot of almshouse and then act like they are the victims. Know what you getting into before it get inna you!

Big up all the nice, clean man dem, all the excellent, wonderful, hard-working, dedicated fathers and stepdads who step up to the plate. My respect mi G!

Wishing for all of you a wonderful, safe and productive week.