My girlfriend is pregnant for another man 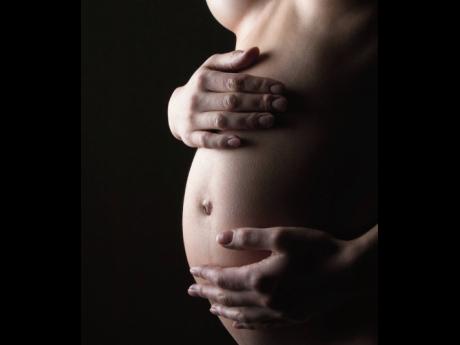 I am a young man, and I have been in a lot of relationships. Lately, I met this girl who is sweet and kind. We talk to each other every day, and when I can sleep over, I do so. I like her very much. I rate her. She is the first girl I have connected with so much. Our connection is strong. It is like we are soul mates.

Now, this is the problem. Sometime ago, she came to sleep over. She and I were talking when she burst into tears and asked God "Why, why did that have to happen to me?" I asked what the problem was. At first she was hesitant, and then she told me she was pregnant but that it happened before we met, and now, I was the best guy she had ever met, and she was falling in love with me.

With tears flowing, she said she was crazy about me. I asked her why she hadn't said anything when we met, and she said it was just a one-night fling she had with the guy after a party, but then she found out that she was pregnant. I told her that I wouldn't judge her. She said she wanted to have an abortion, but she did not have the money, and then she met me and became attached to me. She said she wished she wasn't pregnant. It is hard for me to process the matter. She says she already has a child and the father is taking care of the child.

I do not have a child. I recently got a job, but I really rate this girl. She doesn't ask me for any money, and I treat her well. I told her I was not ready for a child. She said she did not want anything from me. All she wanted was to be in my company, but she was not asking me to take care of a baby. We are still talking. Her tummy has started to show.

What I would suggest that you do is to encourage this young woman to find the man who impregnated her. I hope that she knows his name and she has his telephone number. Perhaps this man would be glad to hear from her and will accept paternity.

She said she went to bed with the man after a party, but I hope that she wasn't intoxicated and she knew what was going on. It would be wrong for you to encourage this woman to have an abortion. I hope that whatever happens, you can give her the moral support that she needs.