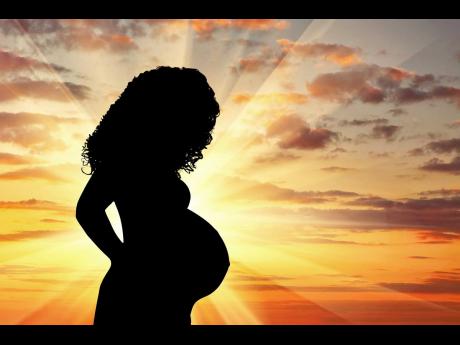 I am 23 years old and I am pregnant. I have a boyfriend, but this child I am carrying is not for him.

I had a one-night stand with one of my boyfriend's very good friends and he got me pregnant. He took me out and we were drinking.

When he took me home, he said he would stay with me for just a while and I agreed. I did not even know that he had sex with me. When I woke up, I was very wet and he was gone. Everything was taken off and he had locked the door and left.

My panties were down at my feet, so I know he had sex with me. I called him and asked him and he said yes. So I said, "You raped me", and he said no, I consented.

If I consented, I surely did not know what I was doing because I was half-drunk. Right now I don't know what to do, but my doctor has confirmed that I am pregnant.

My boyfriend does not know anything; he is off the island.

This guy who had sex with me has a girlfriend and we are all friends. My boyfriend will never trust me again, and he probably would hate me.

I am beginning to hate this guy who had sex with me without my knowledge. This is not something that I would have done if I wasn't blacked out.

So please, tell me what to do. I am going crazy.

You have made a big mistake. You should not have taken alcoholic beverage while you were with your boyfriend's friend.

I am not going to condemn the man by saying that he got you drunk on purpose. You should have known how much alcoholic beverage you could drink and still be in control of yourself.

I hate to believe that this man wanted you to be in a situation where you could not help yourself.

You knew he took you home. You knew that both of you agreed that he should stay a little while before going to his home.

So that was another big mistake you made by agreeing for him to do so. He said that he suggested that both of you should have sex and you agreed.

He should have known that you were not yourself. I would say that he is a wicked man. He took advantage of you.

Now that you realise that you are pregnant, you are saying that you don't know what to do. I am telling you what to do. You should tell your boyfriend exactly what has happened.

I don't know what he would say, but he should be advised. Tell him the full truth. And second, I would suggest that you have your baby. Don't have an abortion.

You have made your mistakes and you will have to live with these mistakes; but have your child. And, ask your boyfriend to forgive you.

He may or may not do so, because it is hard for a man to smile over what this man has done to you. It is not just having sex with you, but also getting you pregnant.

You were not in any condition to consent to having sex with him. I repeat, he is a wicked man.