Paying for sex because my girlfriend won’t sleep with me 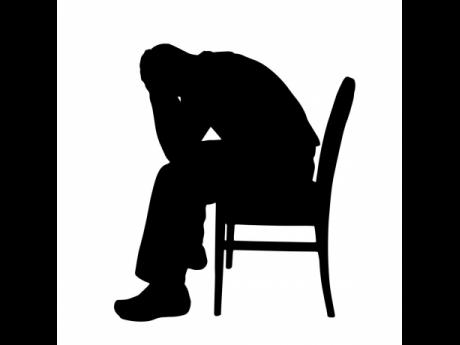 I am writing to you because I need to know what to do about a relationship that I have been in for more than two years.

I met this woman while I was working in a financial institution. We did not talk to each other much.

We passed short notes even when we were very busy at work. The first note I passed to her I said, "I love you".

She wrote back and said, "I love you, too, but destroy this note", which I did.

The next time we communicated, she wrote, "I saw you with a girl at the supermarket, is she your girlfriend, wife or sister? I need to know."

I did not respond and a few days after, she said to me that she was still waiting for an answer.

So I wrote back and said, "Wife", but I was lying. I was not married. I wanted to see how she would react.

She wrote back a few days after to say she checked me out and I am not married.

I invited her out and that's how the relationship started. Pastor, this woman is weird. We went out for months before we kissed.

When she told me she was a virgin, I did not believe her. She was 30 and she never had sex, and she did not have a boyfriend. Most of her time was spent in church. She was living alone.

I tried to sleep with her but she said no. I promised to get engaged to her, but she said it didn't make sense because I was not a Christian.

I started to attend her church and her friends welcomed me and were excited. I asked her if we could get engaged and then after engagement, if we could have sex.

She told me that her sister and a man were engaged and they started to have sex, but the man left her and that destroyed her sister. So she promised herself that no man would do that to her.

Would you believe that we are going now for two years and we have never had sex?

I have gone out of the relationship and had sex with three different women over the last two years.

One of them is an old schoolmate who lost her husband in an accident and who sometimes calls me when she wants to have sex.

She knows about my girlfriend. I also buy sex from two other girls who are somewhat high-class prostitutes.

They do not roam the streets, but having sex with them is costly, $10,000 for each time; they call themselves 'call girls'.

I know you are going to say that if I love my girlfriend, I should marry her. But why is it that after two years she has refused to have sex with me?

Before I started to pay these call girls, she told me that she would leave me if I cheated. Do you consider what I am doing as cheating?

I am not getting anything from her, so how is it cheating when I am not even sure whether she is male or female?

Please, I am looking forward to your answer.

You are having a sexless relationship. You are a very patient man.

You are not giving up and she is not willing to give in. Her religious convictions are strong, and to her, she doesn't fully trust you.

She believes that you would do just like what her sister's fiancee did to her. Your present girlfriend is not taking that risk.

But you are having sex with this other woman, and when she is not available, you pay prostitutes.

So you are not short of sex. But before I move on, I must give you a word of caution; I hope you are not having unprotected sex with these women.

I would say to you that you should stop pressuring your girlfriend for sex and walk away from the relationship, because I doubt very much that your girlfriend is going to give in to your request as she does not trust you.