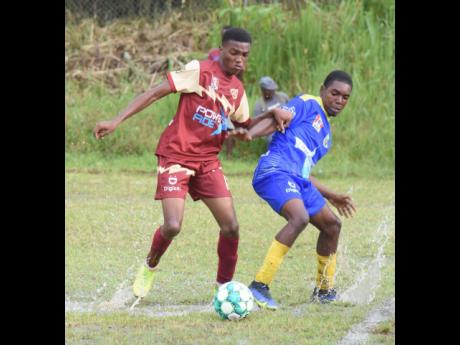 Playing on a difficult surface after a downpour of rain, Cedric Titus made the most of the conditions, creating several chances but struggled to find an early breakthrough.

Aldane Gilzene, however, handed the host the lead in the 35th minute to send Cedric Titus 1-0 up at the break. The host doubled their lead through Kevin Mendize in the 54th minute before Rashaun Small capped things off in the 67th minute.

Coach of Cedric Titus, Wade Crawford, was grateful for the three points but requests a better performance from his boys in what will be a stern test against William Knibb on Saturday.

"It's another win for us in our second game. We are building and looking to grow with momentum as the season progresses.

"We didn't play to our best. We are five or six goals better than Herbert Morrison but didn't take our chances as we weren't clinical in front of goal. The conditions definitely affected them as they trained all summer in the sun," he added.

"We have a very young team and I think the conditions really played against us. We are working and confident in our ability going forward. Today was just a bad day at the office so we will go back to the training ground, regroup and come again," Smith said.

In the other Zone C game, William Knibb Memorial High had an 8-0 goal fest over Muschett High at home in Martha Brae.