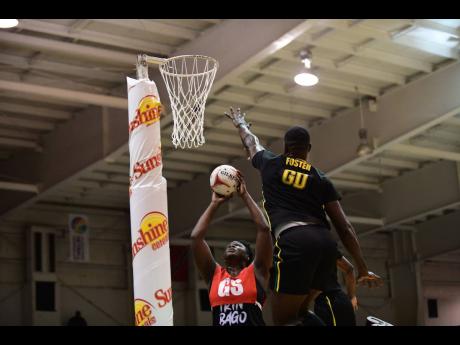 Captain of the Jamaica Men's netball team, Kurt Dale, says the current Tri-nation series with the Trinidad and Tobago women as well as the Jamaican women's national team provides the best launch pad for their future competition goals.

The Jamaican men defeated the Calypso Girls 66-22 yesterday at the National Indoor Sports Centre in their opening game of the tournament. Goal shooter Raheem Wallace scored 49 goals from his 55 attempts. Dale who played goal attack chipped in with 16 from his 19 tries in a game that Jamaica led from wire to wire. Trinidad and Tobago captain and goal attack Khalifa McCollin only managed seven goals from eight attempts while goal shooter Afeisha Noel had 12 goals from 16 attempts.

With a better part of a decade invested in the sport, Dale says that they are thankful for the opportunity to be included in the series to further display their talents.

"We are elated. We are very excited and we are proud to get this opportunity. We want to thank Netball Jamaica and Netball Trinidad for allowing us this opportunity to play and showcase our talent especially on TV," Dale told STAR Sports. "We want to set the bar really high for those men coming through so that they can look at us and want to get here so they can work hard on their skills and set the tone."

Dale said that he was pleased with the effort and execution by his team given that they only managed to assemble at the last minute before the start of the series. With an eye towards a regional tournament debut next year in St Vincent, Dale says that the Tri-nation series presents the perfect tool to bring pride to the nation similar to what the Sunshine Girls have done.

"We are hoping to participate in that tournament so this is a stepping stone towards that. So, hopefully, the team can grow and get some confidence going into that series," Dale said "It will be the first time Jamaica will be represented in a competition of that kind. We want to go out there and make the national just as proud as our female counterparts."