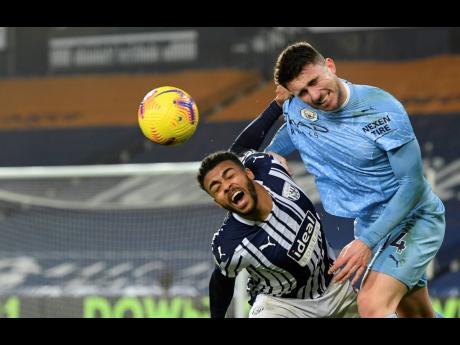 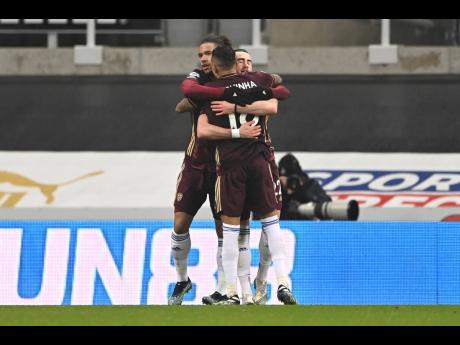 Fuelled by a sparkling attacking display, Manchester City players powered to the top of the Premier League for the first time this season - and even the opposition are stopping to admire their work.

In a comical exhibit for VAR's ever-lengthening highlights reel, West Bromwich Albion's defenders virtually stopped in their tracks and looked on as Joao Cancelo curled a shot into the top corner for the second of City's goals in a 5-0 rout yesterday.

After all, the assistant referee had raised the flag for offside moments earlier but City, unlike West Brom, played on as Bernardo Silva collected the ball and fed Cancelo, who - unchallenged - picked his spot from the edge of the area.

A video review showed Silva was actually onside and the goal was allowed to stand. City were on course to match their biggest league win of the season and, on the evidence of this game and the last couple of months, Pep Guardiola's team is going to be hard to stop.

Make it seven straight wins in the league - and 11 in all competitions - for City in an ominous run of results. City became the ninth side to finish a day in first place this season. Even if Manchester United reclaim the lead on Wednesday by beating Sheffield United, City look to be the team to beat.

West Ham climbed to fourth place by winning 3-2 at Crystal Palace, while struggling Newcastle slumped to a 2-1 home loss to Leeds.

Arsenal avenged a defeat to Southampton in the FA Cup at the weekend by beating the Saints 3-1 in the league.