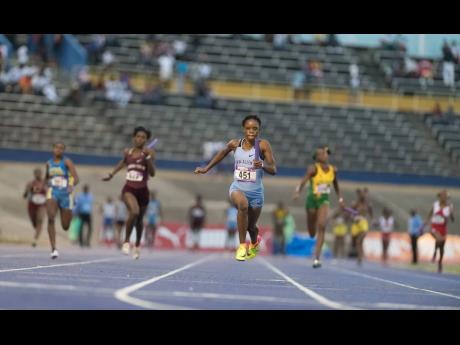 Edwin Allen High School track and field head coach Michael Dyke says that it will be difficult for local high schools to participate in this year's Penn Relays, should the event still take place.

Last year's edition of the prestigious relay carnival was cancelled because of the coronavirus pandemic which after the 2020 ISSA/GraceKennedy Boys and Girls' Athletic Championships was called off, effectively ending the 2020 junior track season along.

And from then the nation's junior athletes have not been able to return to the track as the 2021 season has hit a snag with the cancellation of meets because the Ministry of Health and Wellness (MOHW) has not granted permission for events with large gatherings.

The delay to start the season is having an effect on the staging of Champs this year as organisers seem set to push back the date from March to around May.

If a date in May is finalised, Dyke says that schools could find it difficult to compete at the Penn Relays which are scheduled for April 22-24.

The delay in the season could result in an extended season for the junior athletes with potentially two major competitions in April and May as well as the rescheduled Carifta Games which are now set for July and the World Junior Championships which are slated for August. Additionally, athletes will have to deal with rescheduled development meets leading up to those events and also balancing major examinations in the summer.

Dyke says that because of the packed schedule, schools may face a choice in deciding whether to not attend Penn Relays or other meets this year, but he is awaiting approval from the Government for events to resume and a revised schedule so that proper planning could take place.

"Once approval is given, you can plan your way forward, because currently we are planning with a lot of uncertainty because you don't know what dates you are working towards," Dyke said.