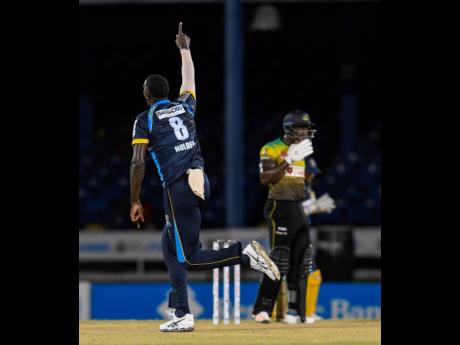 A late call-up almost a month ago following an season-ending injury to Australian Mitchell Marsh, the top-ranked Test all-rounder grabbed three for 33 from his four overs and effected a run-out to help restrict Royals to an inadequate 154 for six off their 20 overs.

In reply, Manish Pandey struck a Man-of-the-Match unbeaten 83, and Vijay Shankar, 52 not out, to steer Sunrisers to only their fourth win of the season with 11 balls to spare.

Speedster Archer, who bowled superbly to finish with two for 21 off his four overs, removed both openers cheaply to reduce Sunrisers to 16 for two in the third over, but Pandey and Shankar put on 140 in an unbroken, third-wicket stand to deny Royals.

Sent in at the Dubai International Stadium, Royals got 36 from Sanju Samson and 30 from Englishman Ben Stokes, the pair adding 56 for the second wicket after Holder had run out Robin Uthappa for 19 off his own bowling, attempting to steal a sharp single.

Seamer Holder eventually removed Samson in the 12th over, bowled by a slow off-cutter, and without a run added in the next over Stokes perished, inside-edging leg-spinner Rashid Khan on to his stumps.

Holder then engineered a slide, accounting for Australian star Steve Smith (19) and Riyan Parag (20) off successive deliveries at the start of the 19th over as Royals lost five wickets for 49 runs.

Archer, the Barbados-born England star, provided a flourish at the end, lashing a four and a six in the final over to finish on a seven-ball unbeaten 16.

In reply, Archer removed Australian David Warner for four, caught at slip off the fourth ball of the innings, before returning in the next over to claim England teammate Jonny Bairstow for 10, bowled by one that seamed back.

However, Pandey launched a stunning counterattack, lashing four fours and eight sixes off 47 balls, while Shankar supported in a 51-ball knock that included six fours, to put Sunrisers back on track.