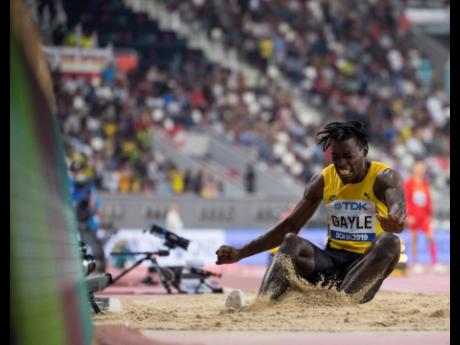 The Jamaican star took the lead with a first-round effort taped at 7.93 and matched that on his next jump. However, he was overtaken by Rushwal Samaai, South Africa's World and Commonwealth Games bronze medallist, with Samaai reaching 8.03 and then 8.04 metres.

Gayle crept forward in round four with his best jump of the competition, 7.99 metres, but the two stars were upset by Finland's Kristian Pulli who pulled a winning distance of 8.08 metres out of his hat in his final jump.

The brilliant Jamaican had fouls in round 3, 5 and 6.

Gayle is one of a small number of athletes from the famed MVP Track Club who are touring Europe. His training parters, Olympic sprint champion Elaine Thompson-Herah and Julian Forte, will compete in the men's and women's 100 metres at the Rome Diamond League on Friday.