Silver returns to Houston Dash for the rest of NWSL season 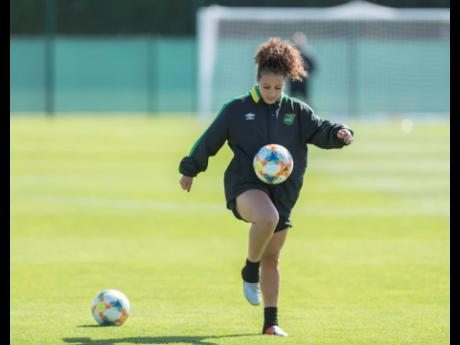 National women's midfielder Lauren Silver is returning to the National Women's Soccer League (NWSL) with the team that she started her professional career with.

The 27-year-old signed a short-term contract with the Houston Dash for the remainder of the 2020 season and will be available for the NWSL Fall Series, which serves as a continuation of the current season, which has been affected by the coronavirus pandemic.

Silver, in a series of Instagram story posts on Wednesday, expressed her delight in joining the franchise which also includes fellow national teammate Kayla McCoy, who was drafted 18th overall last year.

"I am super excited to be joining the team. I'm really loving the organisation, the girls, the staff. Everybody has been extremely welcoming," she said. "I'm really grateful and I am really excited about this opportunity."

The Houston Dash won the concluded NWSL Challenge Cup in July, their first trophy in franchise history. The tournament, which was held in a bubble environment in Utah, signified the start of the 2020 season which was delay since April because of the pandemic.

The fall series, which started on September 5, will see the nine teams divided into three regional pods, where they will play each other four times. The regional groupings were done with the goal of minimising travel in light of the current health climate. The series continues until October 17, with 18 matches expected to be played over the next seven weeks.

The Houston Dash were defeated 4-3 by the North Carolina Courage in their opening game on Saturday. Silver could be available for their next fixture again the Orlando Pride on September 26.