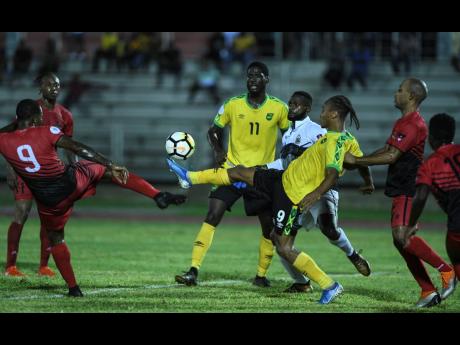 Jamaica internationals Bobby Reid and Michael Hector could be just 90 minutes away from playing in the English Premier League (EPL).

Their championship side, Fulham, advanced to the 2020 Championship Playoffs final over Cardiff City despite a 2-1 loss in their second-leg semi-final played at Craven Cottage yesterday.

The 27-year-old Reid provided an assist for what ended up being the crucial goal as Fulham won the tie 3-2 on aggregate to doom his former team and set up a date with Brentford in the final at Wembley Stadium in London on August 4. The winner will join Leeds United and West Bromwich Albion in the EPL next season.

With Fulham leading 2-0 from the first leg, Cardiff managed to take the lead in the first half thanks to Curtis Nelson, whose eight-minute header cut the deficit of the tie to one. However, their momentum was halted as a minute later, Reid's cross managed to find Neeskens Kebano, who fired past goalkeeper Alex Smithies to restore parity in the game but restore their two-goal aggregate led in the tie.

Cardiff would retake the lead again through Lee Tomlin to move back within one, but Fulham survived the Cardiff onslaught to move one step closer to an immediate return to the English top flight after being relegated last season.

Reid started the season at Fulham on loan from Cardiff, but the London-based club paid an undisclosed fee to the Welsh-based Cardiff to make the move permanent. He made 41 league appearances this season, scoring six goals and registering three assists.

Reid made his international debut with the Reggae Boyz last September in the Concacaf Nations League fixture against Antigua and Barbuda and also scored his first international goal in the 6-0 rout.