RSPL transfer window could be shortened 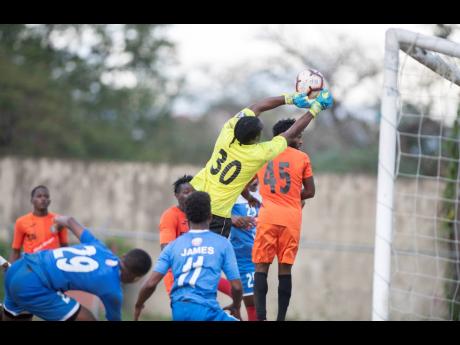 With the Red Stripe Premier League suspended indefinitely as a result of the coronavirus pandemic, there could be adjustments made to off-season actives which include business in this summer transfer window.

Premier League Clubs Association (PLCA) Vice-Chairman Carvell Stewart postponed all Matchday 29 games on March 12 in response to the first two confirmed cases of the virus in the island. Since then, the league has shut down play until April 30. In an interview on Monday, PLCA general manager Pat Garel said that the clubs could vote to extend the season past May 4, the scheduled date for the RSPL final. With four games left to play in the regular season along with the play-offs, a possible extension could see the season end in late May early June.

Jamaica Football Federation (JFF) president Michael Ricketts says that any adjustments to the transfer window period and off-season activities would be dependent on when the season resumes and under guidance from the regional and international bodies of football.

"We have to depend on our local health authorities and our parent organisations which would be Concacaf and FIFA essentially. It would be both entities. So we are waiting to see how best both parties can help us to reorganise and get started," Ricketts told STAR Sports.

With the current uncertainty that hangs over European football on whether their seasons should continue or be cancelled, Ricketts although acknowledge that the choices were limited was in favour of the former.

"There are only two options to lengthening the league or to abandon the league. But certainly it is not our intention to have the league cancelled. So we must put contingency plans in place to continue as soon as we get the green light from the Ministry," Ricketts said. "We are just hopeful and we want to stay positive," he said.

Garel, in responding how the off-season dynamics could be adjusted if an extension was granted, said that any move would be deferred to the JFF but foresees a domino effect as to how the following season would commence as the competitions that decide league promotion have also been affected.

"So the decision of how we go forward and if we would start last week of August as we would or first weekend in September, I'm seeing where we might be very tight or don't have much of an off season if we were to try and get back in the event that all goes well," she said.