‘We have to appeal it’ 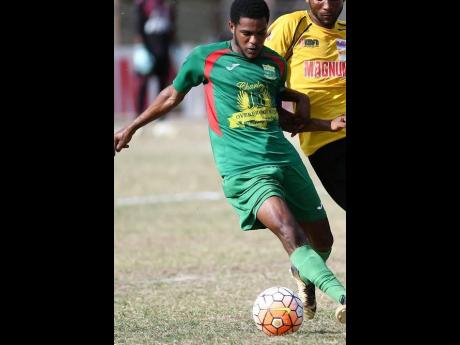 Gregory Palmer, coach of Faulkland FC, says his club will appeal the lengthy bans handed out to three players by the Western Confederation's disciplinary committee, yesterday.

Richard Henry, Harmony's a 17-year-old forward, was left nursing multiple facial fractures and a chest injury as a result of an attack by Faulkland players. Henry is also scheduled to face a disciplinary hearing.

Faulkland players Marvin Sangster and Tyshan Hill who were shown red cards for violent conduct during the game were suspended for 24 months and 36 months respectively from all football activities. The suspensions were effective from Friday, March 6. They were also fined $25,000 each.

Another Faulkland player, Jelani Nicholson, was suspended for the remainder of the Super League season and fined $15,000. Nicholson breached Article 47 (A player who deliberately assaults someone physically or damages his health will be suspended).

Faulkland Football Club were fined $50,000 for a breach of Article 67.3 which points to the lack of discipline and order inside or outside the grounds before, during, or after a match.

"We have to appeal it, that's a must. In Jelani Nicholson's case, all now they can't state clearly what they are charging him for. They are going off hearsay and a man has a right to defend himself and he was not able to. The other two (Sangster and Hill) were in the referee's report and got red cards when Jelani never got even a yellow card. You can't go off hearsay to say he was involved," Palmer said.

"To give them two and three years (bans) I think is going a bit overboard. The punishment must fit the crime ... we can't use emotions to make a judgement. Make them serve some time but then they should come out better in the end. things. If you remember the brawl in the Premier League final last year, the players did not get long suspensions," he added. David Watt, chairman of the disciplinary committee, said they had to send a message to players if they are to prevent these ugly incidents from chasing sponsors away.

"Sometimes you have to send a message to ensure it doesn't happen again. We had to do what was needed to protect the image of football," he said.

During last year's, Red Stripe Premier League final between Portmore United and Waterhouse the last ten minutes of the match descended into disorder when fights broke out between players on the field.

The JFF disciplinary committee handed down maximum suspensions of six matches to the players involved. Waterhouse FC were also fined a total of $175,000.

The Charley's JB Rum Super League has been suspended indefinitely due to the Covid-19 (coronavirus) pandemic.