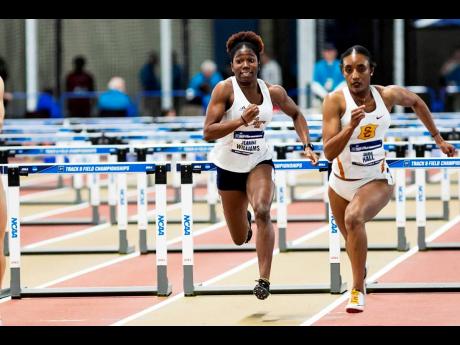 Jamaica’s Jeanine Williams secured a win at the Clemson Orange and Purple Elite Meet in South Carolina over the weekend, with Briana Williams and Shian Hyde placing second in their respective events at the indoor meet.

Williams, who clocked 7.27 seconds in the preliminary round of the Women’s 60 metres to be the fastest qualifier going into the final, improved her time to 7.25 seconds in the final but finished behind Jayla Kirkland from Florida State University, who won the event in 7.17 seconds. Gabrielle Cunningham ran third in 7.27 seconds.

Hyde, competing for Louisiana State University (LSU), took the runner-up spot in the Women’s 200m after clocking 23.37 seconds. The event was won by Quanara Haynes in 23.16 seconds, with Stephanie Davis out of South Carolina University running third in 23.60 seconds.