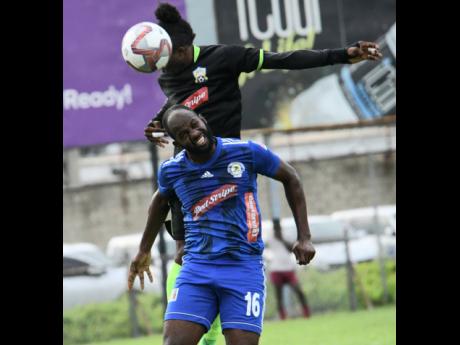 Mount Pleasant have now won back-to-back games against Waterhouse this year, having defeated them 3-1 at Drax Hall on October 20. But Davis is not caught up with their unbeaten record against Waterhouse, he is more focused on the performance of his team, regardless of the opponent.

"We don't have anyone's ticket. We just play football. Any team comes we try to play and win. We just take every game seriously and the players are focusing on one thing to try and win the league," he told STAR Sports.

Kemar Beckford and Kevaughn Issacs found the net for Mount Pleasant, who recovered from their last-minute defeat to Arnett Gardens last Monday to move within five points of first place with 28 points. After a profitable November that saw them accumulate 12 out of the 15 points available, Mount Pleasant got back on track in December after the Arnett defeat.

Since being promoted to the nation's top flight, they have yet to lose a game to Waterhouse and will now finish the calendar year undefeated against the current league leaders, with Friday's win their third in four games in 2019.

Davis said that the team had extra motivation to do the double against Waterhouse, being able to prove their worth against another fierce opponent.

"We were pumped to play this Waterhouse game because we know this team is just like Arnett, a quality team in good form. So we took the chances that came. I think that was one of the [things] that made us win the game.

Davis has credited the consistent form to their fast starts in the games. "Every game we've played we've been getting chances in the first five minutes. It doesn't matter if it's Arnett or Waterhouse. Whatever team is playing, once you get these chances [you take them] because we emphasise on scoring goals this year and we have been doing that so far. Once we continue being consistent in scoring these early goals, [it] will give the defenders on our team something to fight about.

Mount Pleasant have elevated their league position since that first win against Waterhouse in early October and have now gone on to win seven out of their last nine games. With Arnett dropping points at Vere United on the weekend, they now have sole ownership of second place and are looking to keep the pressure on the leaders providing that the team can avoid any injuries.

"It's just to try and keep them healthy. Once you are healthy, eating and resting and get them injury free. That's the most important thing, just keeping them healthy."