‘Buzzing’ Bermuda up for Mexico challenge 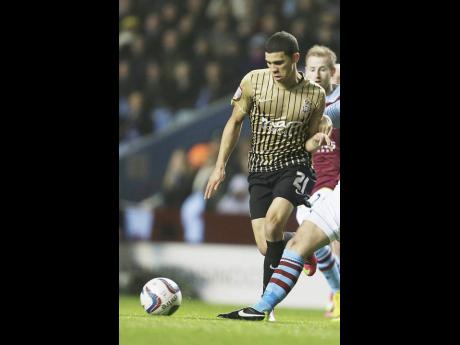 Buoyed by their shock 2-0 away win against Panama last month, Bermuda's captain Dante Leverock says his teammates are up for the challenge and have no fear of taking on regional powerhouses Mexico in a CONCACAF Nations League match at the National Stadium tonight.

National coach Kyle Lightbourne says his players are "buzzing" as they go for another massive upset, while leading striker Nahki Wells says Bermuda could make life difficult for the Mexicans if the visitors underestimate the home side in the League A Group B encounter.

Leverock, who plays for Sligo Rovers in Ireland, said after training on Wednesday: "We're excited playing a powerhouse in the region and Gold Cup champions.

"We feel that we belong here and now it's time just to keep proving that to the world and proving it to ourselves. We are not going into the game with any fear. We have our players who are playing all over the world as well, so we feel we can get a result.

"This is the start of their League A campaign and I'm sure they want to try and start well, but it won't be an easy task for them.

"We have our game plan, we know how they play and we are just going to go out there and enjoy it in front of our own fans."

While Mexico - ranked 12th in the world by FIFA compared to Bermuda's 167th placing - are the overwhelming favourites to win their group opener, Lightbourne points to his side's 2-0 win away to Panama in their previous outing in the competition, having lost the home leg 4-1, as proof that they can hold their own against the region's elite.

"We are going to try everything we can to get something out of this game, especially coming off a good result in our last match and see if we can cause an upset," Lightbourne said.