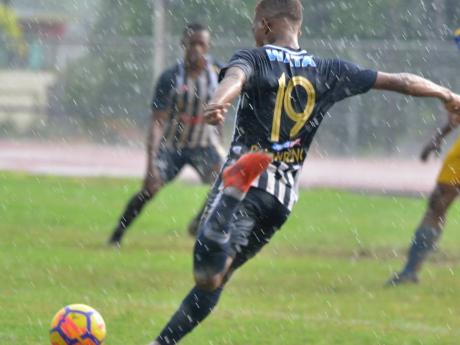 The ISSA/Digicel Manning Cup Group E game between Wolmer's Boys and Jamaica College was called off this afternoon after four players were struck by lightning.

It is reported that two Wolmer's boys and two from Jamaica College were struck by lightning in the 82nd minute of the match being played at the Stadium East Field, in St Andrew. Medical officials say they were not seriously injured. One of the Jamaica College boys has since been taken to hospital for observation, after complaining about pain in the eye.

More on this story in Tuesday's STAR.