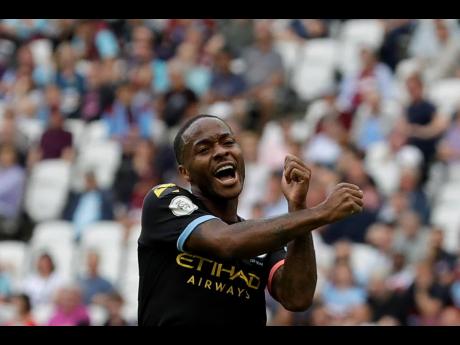 According to reports in England, the boot deal could be one of the most lucrative in the history of the sport.

It is reported that the deal on offer could be as much as PS100 million to sign Sterling, who was last season's Football Writers' Footballer of the Year, depending on the length of the contract.

The 24-year-old Sterling, who led Manchester City to last season's English Premier League title, is in his final year of the current Nike boot deal and is now one of the most sought-after commercial properties across Europe.

The Air Jordan brand only moved into football one year ago, with the branding of the Paris Saint-Germain (PSG) kit, but now wants Sterling.

Air Jordan, a subsidiary of American sportswear company Nike, has not yet marketed football boots, but the success of its collaboration with PSG has proved that it could be a growth market.

The brand chiefly has endorsements with NBA basketballers some Major League baseball players and also works with famous music artistes.

The brand was founded for NBA basketball star Michael Jordan, who is one of the all-time richest sporting athletes, largely from his commercial income.

Sterling, who began the new Premier League season with a hat-rick in his team's 5-0 win over West United on Saturday, also endorses Microsoft, as well as Nike. He has also been targeted by Gillette and clothing brand H&M.