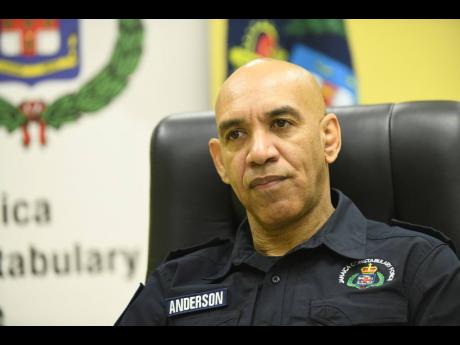 Jamaica has surpassed 100 murders since the start of the year, despite more than five days remaining in its first month.

The alarming figure, which stands at 111 as of January 22, is an 18 per cent increase when compared to numbers recorded during the corresponding period of last year, according to data from the Jamaica Constabulary Force (JCF).

The country recorded 1,463 murders last year with criminals seemingly keen on bettering those numbers, particularly over the past four days when 18 persons were killed.

However, following the seizure of eight firearms over two days at the Stadium East field, Police Commissioner Major General Antony Anderson says that the police are doing everything to reverse the grim reality facing Jamaicans.

"We have a flare-up at the moment with murders. It is not the first time, I've been in the business for a long time, it happens. We put things in place and we get it down. We are committed to getting it down, every division has specific targets with respect to homicide that they have been given and that has created an overall target for the force, which we will be working towards," he said.

Anderson said that he, along with new chief of defence staff (CDS), Rear Admiral Antonette Wemyss Gorman, met with Cabinet to discuss certain crime-fighting strategies that will be introduced this year.

"We are in a position where shootings at the moment are down 16 per cent. Rape is down, robberies are down, but we are still plagued with this murder because there are criminals out there who are bent on resolving their issues by murder and killing each other and that accounts for the large proportions of the murders that we are seeing," he said.

Pointing to the 17 weapons overall that have been found in east Kingston over the past two weeks, Anderson says the recoveries "are consistent with the intelligence that we have going into this operation today".

"I've had a meeting with the new CDS to look at more agile ways in which we can respond jointly when we have flare-ups. As you know, once you have a killing if you don't interrupt it right away, then the reprisals follow, and before you know it these gangs have decimated each other. But the reality is they are also Jamaican citizens and we have to ensure that we prevent them by putting them [from killing] in prisons for the crimes that they are committing," he said.