Have you seen Omario Williams? 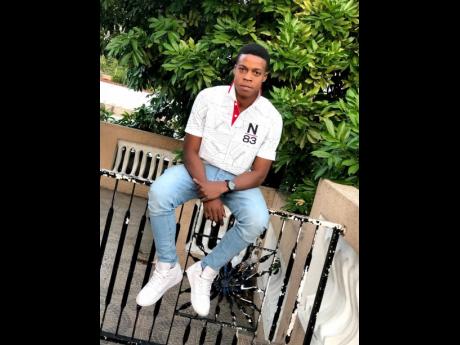 Seventeen-year-old Omario Williams has been missing since last Friday, September 17. The teenager, who resident at Stadium Gardens in Kingston, has not been seen by family members since he left for work in Half-Way Tree that morning.

"His phone is going unanswered and everyone is saying that they don't see him. This is the first time he has ever gone missing. We really don't know what is happening, but we are really worried. Everyone is having sleepless nights," his sister, Briana McKenzie, told THE STAR.

He is of dark complexion, medium build and about 5 feet 7 inches tall.

Reports from the Stadium Gardens Police are that about 3:15 p.m.,Williams was last seen on Eastwood Park Road in the parish and has not been heard from since. All efforts to locate him have proven futile.

McKenzie described her younger brother as very family-oriented. She said that he would not abandon his loved ones.

"Omario is a jovial and ambitious youth. The fact that he is just 17 and working speaks a lot about his character. He also raises chicken and so on, so he would not just get up and disappear, leave us like that. He is very family-oriented. He recently left Excelsior High School and is waiting on his CXC results, so he is just doing a little electrical work in the meantime. Him is just a youth who always want to earn him own money," she said.

"We really don't know what is happening, but we are worried. The past several days have not been nice, because we don't know where he is. It is hard for us to focus, so I am asking anyone with information to just contact the police, and to please help us bring Omario home," McKenzie added.

Anyone knowing the whereabouts of Omario Williams is being asked to contact the Stadium Gardens Police at 876-978-9931 or 119.