Belize: Nurse among two being sought for falsifying vaccination cards 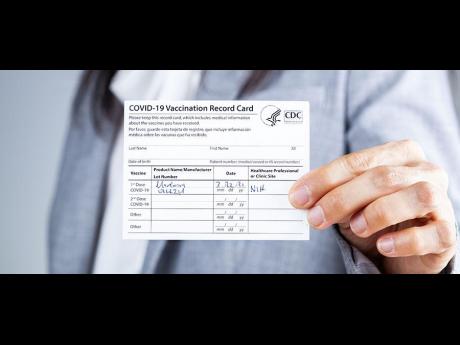 BELMOPAN, Belize, CMC – Police say they are searching for two people, including a nurse, in relation to falsifying coronavirus (COVID-19) vaccination cards issued by the Ministry of Health and Wellness.

The government has since issued a statement reminding nationals that under the Public Health Act, “every person who willfully signs a false certificate is guilty of an offence and is liable to imprisonment for a term not exceeding six months.”

Home Affairs Minister Kareem Musa said that a criminal investigation has been launched into the matter.

“We have been informed of it. There's also an instance in San Pedro and Caye Caulker I believe [that] we're looking at that. It is very concerning to see that there are individuals out there actually carrying out these very fraudulent acts and certainly that will have its consequences as a result of the police investigation,” he said.

Commissioner of Police, Chester Williams, says that the illegal operation is centred in the Belize District.

“We have received complaints from the Ministry of Health of the proliferation of fake vaccination cards and there are some names that we have gotten as to persons who may be involved in this illegal activity and that matter is currently being pursued by the police.”

Williams confirmed that a nurse is involved in the scheme, adding “we also know about somebody else, a person who is not a nurse.  So we are looking for two persons at this time.”

He told reporters he would not be divulging how the police intend to carry out the mission.