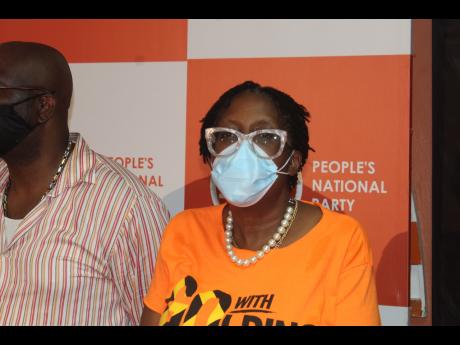 Opposition Shadow Minister of Education and Training, Dr Angela Brown Burke, has called on the Government to make proper representation for Jamaican students to be allowed to defer all aspects of their Caribbean Examination Council (CXC) exams until January or June of 2022.

Dr Brown Burke’s concern comes in light of complaints from students and teachers, that contrary to previous understandings, students who initially thought they had the ability to defer, are now being told that the rule only applies to written exams, and that SBAs should still be submitted this year.

“Education in Jamaica has been significantly impacted by COVID-19, and while some schools were allowed to reopen for face-to-face classes, many students have not had in-person teaching since March 2020. Many of our students have missed half of the last school year, and almost all of this one, and are therefore at a disadvantage when compared with students from other Caribbean islands," said Dr. Brown Burke.

"A request for deferral on this basis is not unreasonable, and a caring government should do all that’s within its power to negotiate favourable terms for its students with the CXC Board,” she insisted.

With SBAs contributing as much as 40% of the overall grade for most subjects, the Opposition says it is fearful that students may end up with automatic fails.

The Opposition said that with Jamaica having the largest number of students sitting CXC examinations on a yearly basis, the provision exists for significant leverage for the Government to make effective representation on behalf of its students.

Dr Brown Burke has called on the Ministry of Education to acknowledge that students have faced significant and unequal odds over the last several months, and are deserving of the Government’s full support to give them a fair shot at securing the best CXC grades possible and safeguarding their future.