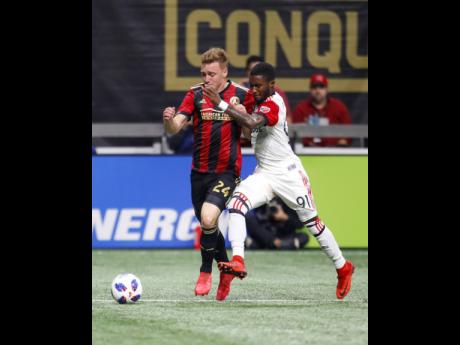 Reggae Boyz defender Oniel Fisher is now searching for a new club after DC United chose not to offer him a new contract for the 2021 Major League Soccer (MLS) season.

Fisher has become the second Jamaican defender to be released by their club in November after Alvas Powell's option was declined by Inter Miami.

Fisher, 29, a former Manning Cup standout for St Georges College, made 38 appearances for DC United while scoring one goal since joining in 2018.

He was selected with the 40th overall pick in the second round of the 2015 MLS SuperDraft by the Seattle Sounders.

He has also had stints with the Sounders second team in the United Soccer League.

He has made 14 appearances for the Reggae Boyz, the last of which came against host Saudi Arabia last month.

Powell, 26, was among seven Inter Miami players released by the club recently.

He was forced to withdraw from the Reggae Boyz squad for its two-match friendly international against Saudi Arabia in November after one of his teammates at Inter Miami tested positive for COVID-19. Powell has made 49 appearances for Jamaica since making his debut in 2012.

However, all is not lost for Powell and Fisher as they could secure roster spots on expansion team Austin FC, which will be making their MLS debut next season.