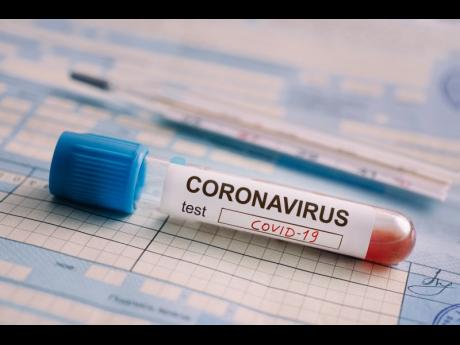 Bridgetown, Barbados (CMC) – Caribbean countries were on Friday reporting increased cases of COVID-19, while reiterating the need for their nationals to follow the various measures and protocols aimed at curbing the spread of the virus.

In Barbados, a 25-year-old female, who came in on an American Airlines flight on November 30; and a 56-year-old male visitor, who arrived via Jet Blue on December 1, have tested positive.. Both were asymptomatic.

They were the only positive cases identified among the 406 tests conducted by the Best-dos Santos Laboratory over the past 24 hours. The latest cases have moved the number of confirmed cases to 281, 145 females and 136 males.

The island has recorded 257 recoveries with 17 others in isolation.

Suriname has banned flights from Haiti and Cuba due to “urgent evaluation of passengers from these countries” and the Health Minister, Amar Ramadhin, told a news conference that the measure will apply for the rest of the month.

“We look at the code in which those countries fall. In that case, specific conditions apply to travel,” he added.

Suriname is classified as a country with “sporadic or cluster cases” according to the international health regulations of the World Health Organization.

Meanwhile, the health authorities reported that two new cases were recorded in the past 24 hours, bringing the total to 5,322, of which 15 are considered active cases .

The death toll remained at 117, there are six people in hospitals, two in the intensive care unit, seven positive in isolation and 1,432 non-positives in quarantine.

In the past 24 hours, three civilians have been declared cured, bringing the total to 5,203.

In Belize, where the authorities have implemented a new reporting mechanism, the Ministry of Health and Wellness said that the daily infographic has been modified and will include the antigen rapid testing results for COVID-19.

It said that the use of this antigen testing kit will only be recommended for persons who are symptomatic and close contacts of a confirmed case.

St Lucia recorded no new cases of the virus on Thursday but the health authorities said that it was urging members of the public, especially during this holiday season, to continue to properly wear a face mask in public, maintain consistent physical distancing, and wash and sanitise hands often.

It said also that 16,376 test have been conducted so far this year.

Trinidad and Tobago is reporting 21 new positive cases bringing the total to 6,725 of which 673 are active cases.

The Ministry of Health said the death toll remained at 121 and 43 persons remain in hospitals.