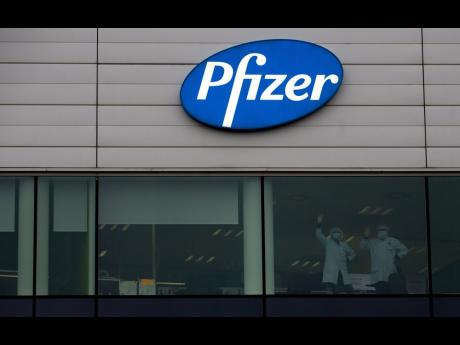 LONDON (AP) — Britain authorised a COVID-19 vaccine for use Wednesday, greenlighting the first shot backed up by rigorous scientific review. The first vaccinations are expected within days, a major step toward eventually ending the pandemic.

The go-ahead for the vaccine from American drugmaker Pfizer and Germany’s BioNTech comes as the virus surges again in the United States and Europe, putting pressure on hospitals and forcing new rounds of restrictions that have devastated the global economy.

Officials cautioned that several tough months still lie ahead, even in Britain, given the scale of the operation needed to vaccinate large swaths of the population.

The Medicines and Healthcare Products Regulatory Agency, which licenses drugs in the U.K., recommended the vaccine for emergency use after it reviewed a raft of data, including the results of clinical trials that showed it was 95% effective and offered significant protection for older people, among those most at risk of dying from the disease.

But the vaccine remains experimental while final testing is done.

“This is, without any shadow of a doubt, an historic day,” said David Harper, senior consulting fellow in global health at the Chatham House think tank.

“This is an unprecedented piece of science,” given that the vaccine was authorised less than a year after COVID-19 was discovered.

Other countries aren’t far behind: Regulators in the United States and the European Union also are vetting the Pfizer vaccine along with a similar shot made by competitor Moderna Inc.

British regulators also are considering another shot made by AstraZeneca and Oxford University.

British Health Secretary Matt Hancock said the U.K. will begin receiving the first shipment of 800,000 doses of the Pfizer-BioNTech vaccine “within days,” and people will start getting the shots as soon as it arrives.

The U.K. expects to receive “millions of doses” by the end of this year, Hancock said, adding that the exact number will depend on how fast it can be manufactured and checked for quality.

But doses are scarce as production ramps up. BioNTech, which owns the vaccine, has so far signed deals to supply 570 million doses worldwide in 2021, with options to deliver 600 million more, Marett said. It hopes to supply at least 1.3 billion in 2021.

The German company has partnered with Pfizer to deliver the vaccine worldwide, except in China where local company Fosun Pharma will handle distribution.

The first vaccines will go to nursing home residents and those who care for them, followed by everyone over 80, and healthcare workers.

From there, government plans call for vaccines to be offered roughly on the basis of age groups, starting with the oldest people first.