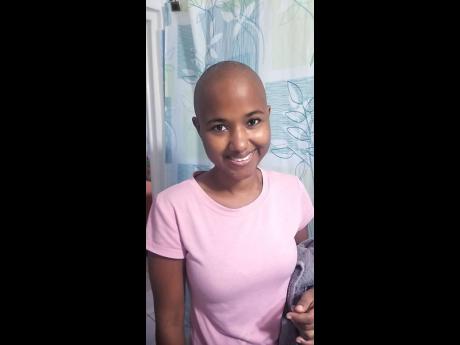 Kaydia Levien was diagnosed with stage-two breast cancer on June 14, a few months after opening her business with her cousin called ZM Entertainment and Parties Limited. The income she earns from her business helps with her chemotherapy treatment, and had done other procedures to aid her cancer fight.

However, sometime between Sunday night and Monday morning, thieves broke into her business place and stole more than $1 million worth of goods.

"We had an event there yesterday and the venue was closed at 7 p.m. When we came this morning (Monday), we realised the place was broken into. The alarm went off so I think that's why they didn't take more stuff. They ransacked the whole place," Levien shared. She said music systems, bounce houses, popcorn machines and hard press machines are missing.

The 31-year-old said that losing the equipment is a setback, as they helped with providing payment for treatments.

"I had some money set aside for treatment but now I have to pay for repairs and to pay the security company. I have treatment coming up on Wednesday, and I was getting my drug at the pharmacy when I got the call. It's really rough, trust me, and it stressed me out a little," she said. She is appealing to the public to be aware of random persons posing as sellers of party equipment. The police are investigating the matter.