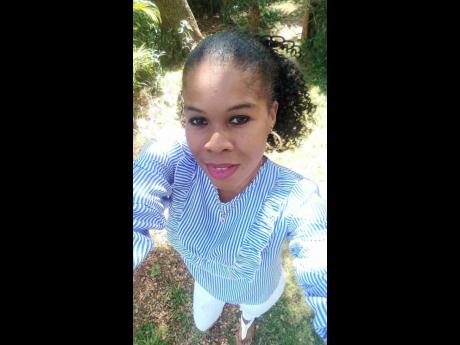 During a regular self-check breast examination in 2014, Shardene Jones, then 23, felt lumps in her breasts. They were removed and sent for testing. A subsequent biopsy concluded that she had fibrocystic breast disease. It is a non-cancerous condition where the breasts feel lumpy.

However, when the lumps came back in 2017, and another biopsy was done, the results were not what she expected. "It revealed that I have Ductual Carcinoma in Situ, which means that the cells that lined the milk ducts have become cancerous but have not spread into the surrounding breast tissues," Jones told THE STAR.

At that time, Jones was only six months shy of completing her courses to be a nursing assistant when she received the dreadful diagnosis that she had Stage IV breast cancer.

Although the devastating news came with suddenness, she was not ready to be defeated by the monster. Jones started extensive research and decided to change her diet and lifestyle as part of her strategy of conquering the disease. But even though improvements could be seen in her scans when she visited the doctor, the real shocker for her came in August 2019.

"The lumps were getting bigger, and within months, the breasts changed rapidly in shape and size. I was referred to the Cornwall Regional Hospital, where I did a double mastectomy in February 2020, followed by a latissimus dorsi flap to reconstruct my breasts. During the process, I lost two and a half liters of blood and was given a blood transfusion," the 29-year-old said.

Only two months after her surgeries, while she was home recovering, she started experiencing symptoms of shortness of breath, loss of appetite, and vomiting. The results of a CT scan revealed that the cancer had spread to her lungs, liver, and bones. "It was the worst news of her life. I developed pleural effusion, which is a build-up of fluids around my lungs. They were able to drain a total of 2,200ml of fluid from the lungs through a chest tube. I had to be on oxygen for three weeks," she said.

Surgeries HAVE made her condition worse

Jones, who also suffers from mild scoliosis, said the surgeries have made her condition worse, resulting in her spine being more bent. She was dependent on a walking stick but is now making steady improvements. "My back is deformed, and I can't stand up straight, and I couldn't do anything for myself, but I'm able to do some things now."

The Mocho, Clarendon, native can easily be described as a fighter as she does not see herself losing the battle with cancer. Although she has lost two relatives to the terminal illness, she never anticipated being diagnosed with it as well. "When I heard the diagnosis, I wasn't really worried. I didn't even make it worry or affect me, I just did my research and think how I'm going to fight it," she said, laughing.

She told THE STAR that the journey was rough as she was undergoing chemotherapy and radiotherapy treatments and had to ensure that she took her medication. But she still finds light in her situation. " Words couldn't explain how I felt in 2017. The only thing I was thinking about was how I'm going to lose my breast and the effects that chemotherapy and radiotherapy would have on my body. But I'm happy that I didn't lose my hair, and I'm regaining my confidence now," the Lennon High graduate said.

As her condition progresses, she believes that she will be able to inspire others as she counts herself a survivor of breast cancer. "The fight continues, I still have life! My encouragement to all women fighting this disease is to be strong, courageous, and stay focused. Take your treatment seriously. Surround yourself with positive people, and anchor yourself in God. You are not alone," she said.

Jones, who is unable to work, has a GoFundMe campaign aimed at helping her to raise money to beat breast cancer. https://www.gofundme.com/f/dndrx-help-support-the-fight-against-breast-c...