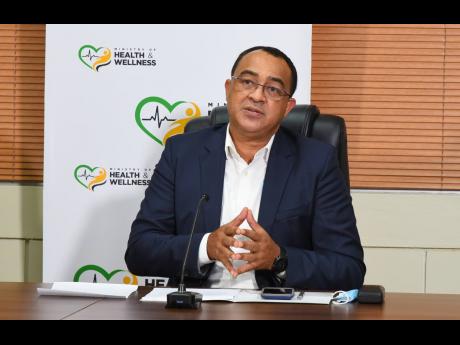 The Ministry of Health and Wellness has indicated that their estimations for COVID-19 related fatalities are 'nowhere close' to the 17,000 projected by a local public health expert.

Health Minister Christopher Tufton says the ministry's initial projections that 1.5 million Jamaicans could be affected by the virus was based on a modelling, before certain combative strategies were employed.

"I don't want the impression to be given that we intend in any way, shape or form to lose 17,000 Jamaicans to COVID. That would not be correct in terms of our own assessment and secondly, it's not something one would want to encourage," Tufton told THE WEEKEND STAR.

He said the extent to which action was taken to mitigate the spread of the virus would've altered the numbers.

"To date, based on the numbers that we have seen ... positive cases as well as deaths and hospitalisations, the truth is, Jamaicans are managing and confronting the pandemic in a way that must be recognised," he said. He said that should the country continue with the measures put in place, such vast fatalities would be averted.

"If we do that, we will not be anywhere close," he said. But in April, the ministry forecast that there was a high possibility that the majority of the Jamaican population could catch the virus.

Tufton also projected that over a 12-month period, most Jamaicans are likely to be exposed to COVID. Yesterday, Kerr has rubbished models and projections.

"Models are for planning and all models are wrong. So, we have to be careful how we look at some of these models, because they may not be performing to what we have existing in Jamaica," she said. "There are many shiny apps online that persons can go on and do some modelling. We have reviewed many of them and there was one that gave such a figure. But when we look at how it performed and what has happened, it was performing very well."

Meanwhile, there are now 5,588 confirmed cases, as an additional 193 cases were also announced by Tufton yesterday.

Also, Jamaica's COVID-related death toll rose to 77 yesterday, with the the latest fatality being a 55-year-old Manchester woman whose death was previously under investigation.

Against the backdrop of these rising numbers that Tufton described as "concerning", he says the health ministry senses that a number of Jamaicans feel that more needs to be done.

"Despite the negative impact of COVID-19, Jamaica has done fairly well," he said. Jamaica now has 3,872 cases under investigation, 3,939 active cases and 1,490 recoveries.

There are 113 persons who are hospitalised and 23,483 are in home quarantine.