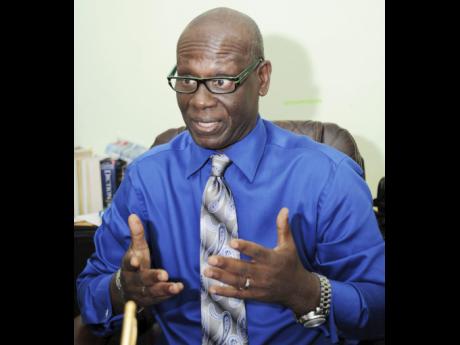 An entertainment venue in Kingston, which has been reportedly flouting the curfew orders, despite the arrest and charge of some members of its management team, is expected to face stronger sanctions from authorities.

Minister of Local Government and Rural Development Desmond McKenize, says the government will not allow any sector of the society to breach orders, particularly as it relates to COVID-19.

"The Government is not going to facilitate any individual, regardless of their class, colour, religion or politics," Mr. McKenzie declared.

"I have summoned them to a meeting because we intend to take the strongest possible action. There is no man or woman who is above the law in this country," the Minister emphasised.

According to Mr. McKenzie, he had reasons to report the venue to the Police Commissioner, after learning that the venue has been operating well beyond the curfew hours and has kept its doors open up to 10:45 pm.

The curfew hours currently in effect across the island are 8 p.m. to 5 a.m. daily.

"What I am now understanding is that this venue is owned by a popular Jamaican Olympian, and that the police, on more than one occasion, have arrested and charged persons at this venue for breaching the orders," the Minister said.

The Minister emphasised that there has to be a greater appreciation and understanding of the fight against COVID-19 by Jamaicans.

He was speaking at the handover of a garbage truck by the Jamaica Social Investment Fund (JSIF) to the National Solid Waste Management Authority (NSWMA), in Kingston on Wednesday.

Mr. McKenzie reiterated that the fight against the virus is the responsibility of every single Jamaican.

"I want to use this opportunity again to say there are no permits for parties that have been issued across the country. No nightclubs are supposed to be open and having any form of entertainment. There has not been any lifting of the ban on the operation of nightclubs," the Minister stressed.

In the meantime, Mr. McKenzie said actions will be taken in the coming weeks and that the authorities are also dealing with several other places of entertainment that have been reported, and once the investigation is completed, they will be named.

In light of the recent spike in COVID-19 cases, the Government, since August 24, has prohibited the hosting of all entertainment activities.