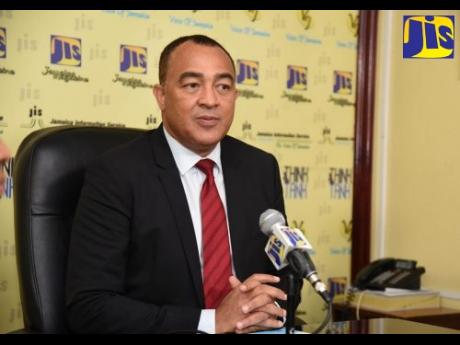 Minister of Health and Wellness, Dr. Christopher Tufton, has called on medical officers of health, public health inspectors, vector control workers and officers in the Ministry to recommit to the mission of safeguarding the country against any future outbreaks of the dengue virus.

He said that citizens need to be reminded, starting with us, that dengue is still a clear and present danger and has claimed more lives in a given year, certainly in the past year, than COVID- 19.

“My insistence is that we renew our commitment to the cause of controlling the dengue virus by demonstrating the importance of our respective roles at the parish level, at the community level, the ministry level and the regional level and that we remind ourselves across the country that ‘dengue still a keep’,” the Minister noted.

Dr. Tufton was addressing the National Meeting of the Vector Control Programme held on Thursday at the Jamaica Conference in downtown Kingston.

Recent data from the National Epidemiology Unit indicate that the dengue outbreak in the country has officially ended, with cases over the last four months being below threshold levels.

Dr. Tufton noted that cases of the virus have been on the decline since the start of the year, moving from 499 in January to 166 in February, 40 in March, two in April, 10 in May, seven in June,  five in July, and there was one confirmed death.

“I think we need to take a bow as a team, and indeed as a country, that we have done well over the past seven months,” he said.

Dr. Tufton added that the results did not come through luck or by chance, noting that the Government has invested heavily in the dengue response programme, including increasing the number of temporary vector control workers from 500 to 1,022.

The Minister advised the parish health managers to ensure that the workers are aware of the critical role they play in the dengue fight, and that they are driven, motivated, and are suitably attired when they go out in the field.

He further said, it is important that there is collaboration between the dengue response and COVID-19 teams, so that when the officers go into the communities they can disseminate information about both public health risks to citizens.