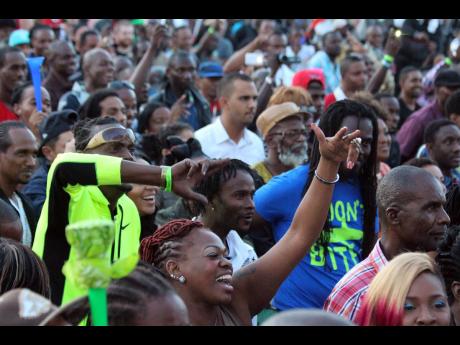 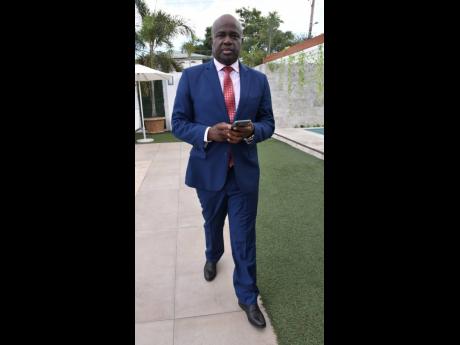 Sting promoter Isaiah Laing has announced that come December 26, the 'Greatest One Night Show on Earth' will make its long-awaited return.

Laing told THE WEEKEND STAR that having anticipated that COVID-19 would put the world under lockdown, he and his team had begun making plans from March to host a virtual edition of the historic dancehall stage show. Those plans have come full circle with COVID bringing large physical gatherings to a halt and Laing is looking to capitalise.

"Sting 2020 is on and it's on in earnest. This year the demand for Sting will be bigger than ever because not only will we be pushing a lot into promotion over the next few months, but COVID will be around in December more than any other time so everybody will be home and craving the entertainment," he said.

Laing said there will be a charge to watch but "it won't be anything the people can't handle".

"Besides, over the years, Sting has been the only dancehall stage show people rush to buy tickets for. They are going to rush at this just the same," he said.

Laing is confident because he feels that the line-up will be hard to resist.

"The show will be dubbed 'Sting Wurl' A Klash' and we're going to be bringing entertainment from all over the world, not just Jamaica. We will be having artistes from out of Ghana, Nigeria, Brazil, Japan, London, New York," he said. "Some of the biggest names will be on the show and it won't be the usual head-to-head format. We don't do mediocre at Sting. We have been planning this for months and so the performances will be amazing."

Laing said that so far, he has approached some of the biggest names on the local and international entertainment circuit, most of whom have been very receptive.

"I have approached Buju so far and I am confident he will be coming back to us. Things aren't finalised yet but we are in discussions. We have approached Spice, Dexta Daps, Shenseea, Jada Kingdom, Masicka, The 6ixxs, and they are all receptive to doing the show so far. I am excited about what the package will look like because we are also hoping to come with international people like Burna Boy," he said.

The former cop also told THE WEEKEND STAR that it has been a huge task for him and his team to put all of this together.

"You have to think about platforms to host the show from, getting the right Internet providers that will ensure your connection doesn't cut out. You have to work out time difference since we're having a world show and so it's been a lot but Sting will deliver. It's good that we started planning so early because we got time to work out all the little details," he said. "This is not just a likkle virtual show, enuh, this is Sting, and no matter what other virtual show come before this or will come after this, this will be 'the' show."

Laing said he saw no reason why persons would not be interested in a virtual staging of Sting.

"Is what Sting has been offering over the years why people come to Sting, enuh. Yuh think is come dem well want to come? They are forced to come because of the entertainment package. Dem can't resist this," he said.