US reports show racial disparities in children with COVID-19 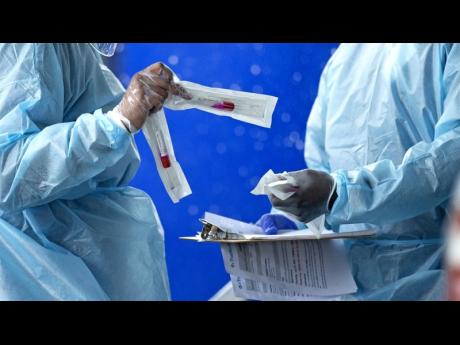 In this July 23, 2020 file photo, health care workers prepare a COVID-19 test sample before a person self-administered a test at the COVID-19 drive-thru testing center at Miami-Dade County Auditorium in Miami.(David Santiago/Miami Herald via AP)

One of the Centers for Disease Control and Prevention reports looked at children with COVID-19 who needed hospitalisation.

The second report examined cases of a rare virus-associated syndrome in kids.

It found that nearly three-quarters of the children with the syndrome were either Hispanic or Black, well above their representation in the general population.

The coronavirus has exposed racial fractures in the U.S. health care system, as Black, Hispanic and Native Americans have been hospitalised and killed by COVID-19 at far higher rates than other groups.

Meanwhile, the impact of the virus on children has become a political issue.

President Donald Trump and some other administration officials have been pushing schools to re-open, a step that would allow more parents to return to work and the economy to pick up.

The vast majority of coronavirus cases and deaths have been in adults, and kids are considered less likely to have serious symptoms when they’re infected.

But Friday’s CDC reports are a 'gut punch' reminder that some children are getting seriously ill and dying, said Carrie Henning-Smith, a University of Minnesota researcher who focuses on health disparities.

Scientists are still learning about the condition.

Experts say genetics has nothing to do with why some racial and ethnic groups are more likely to be infected by the virus, get seriously sick from it or die from it.

But it’s not yet clear if genetics play a role in the childhood inflammation condition.