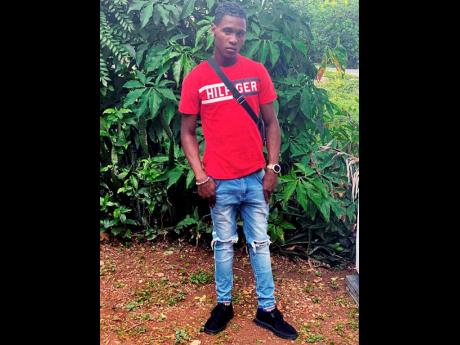 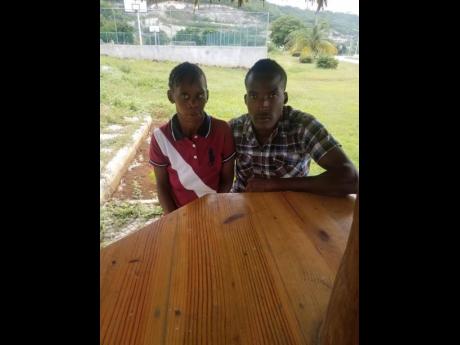 Javarie 'Twinman' Campbell, said he is saddened that he had to end his relationship with social media sensation Rose, who recently accused him of robbing her of monies sent to her by her fans.

Rose, given name Tanesha Thelwell, has since apologised and Campbell says while he has accepted her apology, he will be loving her from a distance.

"Mi feel bad about everything because mi did really waan help her but mi do not want to collect any more money from her again. I do not want anyone to think I am robbing her so that is why I went on a live and tell her fans to instead contact her other Instagram page that I do not manage," he said.

Videos of Rose began circulating on social media earlier this year as she dealt with a love triangle with her now fiance Exford 'Expert' Spence, and her 'side piece' Omar 'Saundocan' Clarke.

Twinman, a comedian and budding recording artiste from Retirement in St James, says he first met Rose last month, weeks after he began imitating her style on social media.

"When I met her I realised that she needed assistance and no one was helping her. Mi decide say mi a go help so mi link one a mi friend and beg him buy her some groceries. We go fi har and carry her go supermarket," he said.

Twinman said he soon began to do live videos with Rose on his Instagram page where he would ask her followers for donations for her. Using a friend's Cash App account, he said people sent money for Rose which he used to buy her groceries and clothes.

He stated that Rose is being influenced by persons who do not have her best interests at heart. He remains adamant that he never stole any of the cash he received, stating that every dollar can be accounted for.

"Dem get bad mind and influence Rose to go and a tell people that mi a try rob her money. That is why the people dem start cuss Rose and say she ungrateful," he said. "Everything we do, we do from our heart. I woud never rob her."

"A nuff time mi give her money and who around her take it and buy her cigarette and bun. Mi remember one day mi give her $15,000 and the next day mi call her and she tell mi say is just $2,000 she have. Mi buy her a little phone and dem put password on it so she can't access it. Mi did feel a way when mi see Rose a disrespect mi but then mi memba say her head no too 'righted' and a people a influence her, but mi nuh waan get entangle inna it again," Twinman said.

Rose and Expert's relationship has been the centre of much drama but the two are, however, slated to tie the knot on November 2. But Twinman says he is advising Rose to divert all her attention to her children instead.

"It better she just focus on har kids dem becase dem a the most important persons right now. Expert just want her to use her but Saundocan really love her but right now him a say him nuh really want her back. It better she just focus on her kids and people will really help her because dem love har but she stubborn and nuh like to listen," he said.