‘Never give up’ - Woman left disabled after surgery takes up farming 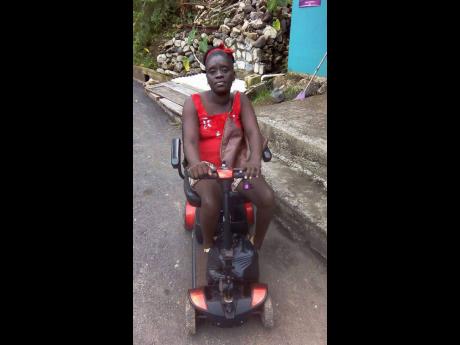 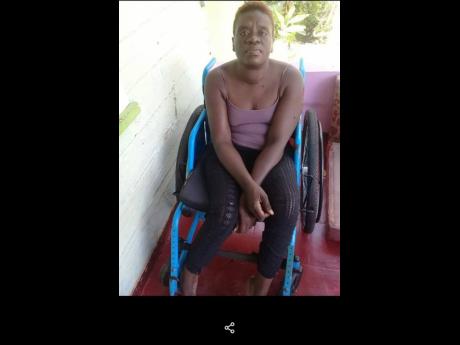 In 2008, Kaydene Simth was rushed into an operating theatre after doctors determined that her scoliosis was so bad that there was insufficient blood flow to her brain. The Wain Road, Port Antonio, Portland, resident, was born with the debilitating condition which impeded her ability to walk or stand properly.

"I was rushed to do an emergency surgery because I guess they didn't want me to get any more paralysed." Smith, however, would lose all mobility in her legs as in an attempt to correct the scoliosis problem, things went wrong.

The 38-year-old woman now relies on a wheelchair to get around. And instead of feeling sorry for herself, she has turned to chicken rearing as a means of generating income for herself and her family. Smith said she decided to start her chicken business after being overlooked for other job opportunity.

"I wrote up letter to places and nobody don't want to hire me. I was thinking I could work in a supermarket to pack bags, or so, but nothing worked out, so I just decided to start raise the chicken so I can help out a little," she said.

The Portland native has been operating a chicken business, raising 75 broiler chickens at a time, which she sells to persons and businesses round the community. Smith even uses her motorised wheelchair to deliver her produce to customers.

"Doing something good with my life is my main propriety, and knowing that I have my 11-year-old daughter, I don't want to leave everything on my mother," Smith said as she explained her drive.

Before the mishap, Smith had plans of travelling and leading a more active life. "I usually love to dance, so maybe I'd become a dancer, and at Ebony Park, I did agriculture, so maybe I could be able to go on a farm work and make a better life for myself," she said However, she is not allowing herself to be held hostage by what could have been, and that is a message she shares with persons who have been faced with hurdles that seem insurmountable.

"Never give up! From you have life, there is hope and with Christ in the vessel, you can smile at the storm. I don't let because I can't walk it hold me back, and it shouldn't be the reason for anyone," Smith said.