Worker dies after being crushed by steel 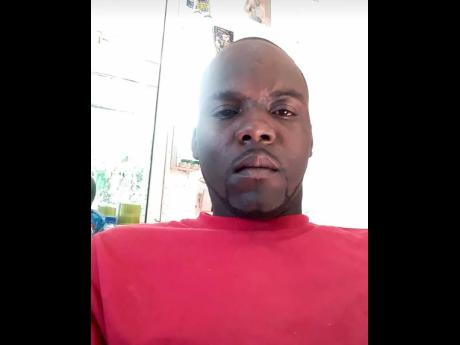 Dulcie Brown, 53, is still in a state of disbelief after receiving news that her beloved first born tragically met his demise last Saturday.

Cushane Thompson, 32, died after an accident at a hardware in Alexandria, St Ann.

Reports are that some time after 3 p.m., Thompson was at the hardware, where he worked as a labourer, when a ton of steel fell from a forklift on to him.

He was then rushed to the nearest hospital where he was pronounced dead.

"I'm trying to cope but it is very hard, knowing that is my first child and the way he died was sudden. It is not like he was ill before or anything, that way it would have been different," Brown told THE STAR. "He was very jovial. We had a good relationship, him will come and run him little jokes. Even if I say something to him and him vex, by the day to end, you and him good again, him nuh keep malice. I miss my son. The memories each time make me break down."

Moesha Bailey, Thompson's sister, said he was a family-oriented person and brought life to the gloomiest situations.

"Him always love laugh and when him come around people, if him nuh pick pon you or do sumpn funny, him nuh feel good. And if you and him have an argument today, by the night, him make it up back because it nah go make him comfortable," she said. "Him always want us to come together and if there is any negativity, him a go get up in his feelings because him like when we live good."

She mentioned that his main focus was to provide his nine-year-old son with the best possible life.

"Him always a talk about him one boy ... so everything he did was for the son," she said. Bailey said that her nephew has not been coping well since the death.

"At times him always a break down but him a try. It hasn't been easy for him," Bailey told THE STAR.