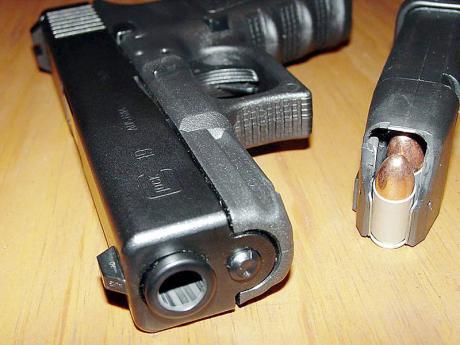 Two firearms - a.38 revolver and a Remington shotgun, along with 10 rounds of ammunition were seized during a joint police/military operation on 100 Lane, Kingston 19 on Monday, June 22.

Reports from the Constant Spring Police are that between 3:00 a.m. and 9:00 a.m., members of the security forces were on operation when a premises was searched and the revolver found on the roof of a house.

The shotgun was later found on the roof of an adjoining house.

Further checks led to the discovery of the ammunition hidden in a bag of sand at an unfinished dwelling.

No arrest has been made, however lawmen are continuing their investigations.